German retail giant Metro AG has converted two of its Cash & Carry stores in Romania to transcritical CO2 refrigeration without experiencing any downtime during the seven-month project.

This was achieved by using temporary plug-in refrigerated cabinets to hold goods in each of the departments undergoing remodeling, as well as night-shift work, and a partial closure of work areas to reduce any discomfort to customers. Neither of the stores was closed at any time during the project.

“The feedback [from the store owners] is positive due to the fact that with the new equipment they now can easily obtain the necessary parameters for each area that requires controlled temperature,” said Olaf Schulze, Director of Energy Management at METRO.

The simultaneous refurbishment of two stores in Brasov and Sibiu, Romania, started in March 2019 and was completed in September. The stores were previously cooled with R404A systems installed in 2002 (Sibiu) and 2004 (Brasov).

The predicted energy savings for the new systems are near 25%, according to Schulze. However, this does not translate into a very quick return of investment. Recouping the cost “is not our driver, the pure payback is longer than 10 years,” Schulze said.

Other expected benefits from the investment is a better “presentation of high-rolling items” and “increased [staff] productivity,” according to Schulze. The increased productivity stems from new cabinets, which “allowed us to present a selection of top sales SKU’s at pallet level, positively influencing both stock availability and staff productivity,” Schulze said.

Metro plans to convert two more Romanian stores to transcritical ejector technology in 2020. These are located in Bucharest Militari and Lasi. 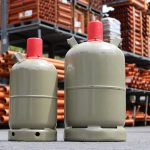 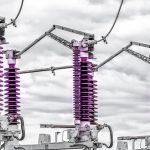