Migros Ticino, a cooperative that is part of Swiss retail giant Migros, has been at the forefront of the CO2 revolution in HVAC&R since 2009, when it installed its first transcritical CO2 system.

Now the company, which operates 33 grocery stores among other businesses, has taken its commitment to natural refrigerants one step further and installed its first fully integrated CO2 system at a store in Riazzino, Switzerland, in the Italian-speaking section of the country.

has dubbed this a “total energy” system. Its transcritical CO2 compressor rack has subcooling, heat pump and chiller sections, and works with two separate water tanks providing the secondary fluid for the HVAC requirements. In two other Migros stores, Biaggini Frigoriferi has installed a compressor rack with a heat pump but not a chiller.

The integrated CO2 system was conceived, designed and installed by Biaggini Frigoriferi, a 91-year-old OEM based in Cadenazzo, Switzerland. Eliwell by Schneider Electronic supplied the electronics and management software for the system, and Dorin the CO2 compressors. “Our plant has to satisfy at the same time the refrigeration and the HVAC requirements of the store,” saidLuca Rossi, a project manager with Biaggini Frigoriferi.

Asked about his overall impression of the system so far, Andrea Skory  technical manager, Migros Ticino, said that it was “optimal” and had “reliable operation.”

Rossi noted that the heat pump and chillers use some of the same devices as the rack, such as a receiver and oil separator. Two auxiliary compressors are dedicated to the heat pump in the winter and the chiller in the summer, making the switch via a bypass system with automatic three-way valves. Two high-pressure CO2 expansion valves (84 bar in the winter and 94 bar in the summer) are used with the heat pump’s external air evaporator and the chiller’s plate evaporator.

The heat pump’s water temperature reaches 45°C (113°F) in the winter while the chiller’s water is 10°C (50°F) in the summer. He added that the chiller can also offer heat recovery, thereby providing heating and cooling at the same time. “The store is heated and cooled by fan coils that use the water from the water tanks,” said Rossi.

Floating evaporation, which can improve the efficiency of the heat pump and chiller “a lot,” depends on the external air temperature and on the set points in the water tanks, he said.

An unusual feature of the system is that the heat pump’s external evaporator is integrated into the frame holding the gas cooler in a configuration custom-built for Migros Ticino by LU-VE. The evaporator is thereby able to leverage the horizontal airflow warmed by the gas cooler for defrost, in what Rossi described as “a free defrosting cycle.”

With the free subcooling, the annual energy consumption will be certainly lower than the other installations”

Migros and Biaggini Frigoriferi declined to expand on how exactly this “free” subcooling is achieved, but Rossi stated that it was made possible by combining “the chiller working with the booster.”

Thanks to these subcooling capabilities, the system runs on only two compressors (out of four installed) for medium-temperature cases in the summer, Rossi said.

Migros Ticino uses the annual consumption per linear meter of refrigerators as its parameter to compare energy efficiency between shops and different systems, but the chain hasn’t yet got comparable data from the new store in Riazzino. However, the “trends are certainly positive” and it “equals the Migros Ticini standards,” said Migros Ticino’s Skory, adding, “With the free subcooling, the annual energy consumption will be certainly lower than the other installations.” As for the capital cost of the system, Rossi said it was lower than comparable refrigeration and HVAC systems.

Rossi observed that the integrated system is “the first kind” installed for Migros Ticino with “new advanced solutions,” such as the high- pressure expansion valves for the auxiliary compressors and the subcooling section. He also acknowledged the “unusual” design of the gas cooler coupled with the external evaporator.”

Asked about whether Migros Ticino would adopt the system in the future, Skory stated that “at the moment, we don’t have similar project in progress. though we are planning a large CO2 air conditioning system.”

However, he added, “for all new stores this [total energy] system could become the new standard.” 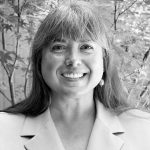 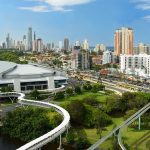