Heat pumps used in place of fossil-fuel-based boilers in buildings can dramatically cut GHG emissions in buildings, but natural refrigerants such as propane need to be used in those heat pumps instead of HFCs, said Menno van der Hoff, Chief Executive Director of TripleAqua Licensing, a Nijmegen, Netherlands-based company.

Van der Hoff delivered this message in his presentation at the ATMO/DTI Technical Conference, an online event hosted by shecco (publisher of this website) and the Danish Technology Institute, on June 23 and 24. He is the developer of the award-winning TripleAqua heat pump, which uses propane as the refrigerant. shecco named him Person of the Year in Europe in 2017.

Van der Hoff identified buildings as the largest source of CO2 emissions worldwide, accounting for 33%, “To solve the CO2 problem, we should start with the low-hanging fruit; buildings,” he said,

But to replace 75% of all boilers in the building sector, “86 million heat pumps will need to be manufactured and installed by 2050,” he said. That would require 2.9 million to be sold each year, or 2.5 times what is sold annually today.

The inevitable move from f-gas

Van der Hoff noted that 99% of all HVAC units today operate with f-gas refrigerants, despite the inevitable shortage of f-gas expected with via phase downs of the refrigerants. “It’s not rocket science this is likely running into a problem!” he said.

He noted that the Kigali Amendment to the Montreal Protocol seeks an 85% phase down in HFC production and use by 2047, while the EU and the U.K. have their own aggressive plans, with China pledging to regulate HFCs in the near future.

This means that that there will be a “future necessity” to use natural refrigerants in HVAC and split system AC units, and that manufacturers were already adjusting to this, said Van der Hoff.

“If you look, for instance, at split unit AC, within this year we will see propane units from China and India, and portables all available on NatRefs on the market.”

“F-gas free solutions are the only way forward,” he said, “And luckily, today there is plenty of choice.” 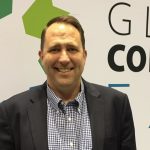 U.S. Ammonia Regulations in the Age of Trump and the Coronavirus 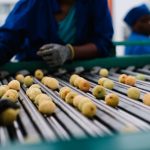