“How dare you make steam by burning fossil fuels, when you can use a heat pump?” Hafner said, echoing Swedish teenage climate activist Greta Thunberg’s speech at the United Nations Summit in New York in September, in which she excoriated world leaders for not acting more aggressively on climate change, demanding, “How dare you?”

Hafner, professor in refrigeration in the Department of Energy and Process Engineering at the Norwegian University of Science and Technology (NTNU), gave ATMOsphere Europe attendees a round-up of all the latest developments within hydrocarbons, ammonia and CO2. The conference was held in Warsaw, Poland, October 16-17. It was organized by shecco, publisher of Accelerate Magazine.

He stressed that low-GWP synthetics should only be used to keep existing systems going, never in a new system. New systems should “use a natural refrigerant, because they can do the job better and more energy efficient,” Hafner stated.

Hafner noted that there is a lot of waste heat out there “going to the crows” that should be utilized by replacing traditional boilers with heat pumps, while taking advantage of the cool side as well. This would give both primary energy savings and reduce CO2 emissions, he said.

For industrial processes like pasteurization and drying, where already warm water needs heating up to 110°C (230°F) for steam production, hydrocarbons are the refrigerant of choice, Hafner said. For example, cascade systems with R290 (propane) and R600 (butane) would give a high internal temperature lift and great efficiency. “This is a combination you will see very much in the future for high-temperature-level heat pumps,” he said.

On the other hand, for high-performance buildings like hotels, schools and gyms, where colder water of perhaps 10°C (50°F) has to be heated up to 80°C (176°F), CO2 would be the refrigerant of choice in the future, Hafner said.

Current research and development is focused on the performance of high-temperature heat pumps. Hafner described a current Norwegian R&D project, carried out in collaboration with an un-named European compressor manufacturer,  to improve the heat management of R600 semi-hermetic compressors. Those compressors “have a challenge because the suction temperature of a high-temperature compressor is about 80°C [176°F], so the compressor has to be cooled with 80°C fluid.” He expressed optimism that the project would be able to solve this challenge by 2020.

Moving on to ammonia, and the new options it gives when combining it with water or CO2, Hafner detailed ongoing work done by Japanese manufacturer Mayekawa. He praised Mayekawa’s development of a system providing 80°C (176°F) hot water for district heating, using only 100g of ammonia per kilowatt (12.25oz per TR), calling it a “good number.”

Another innovation “the market really needs,” according to Hafner, are semi-hermetic compressor arrangements for ammonia, which have the potential to save a “lot of space” and reduce maintenance, which is good for both the industry and end users. Part of the saved space can be used for fine separation of oil, and give the potential for oil-free evaporation and a smaller evaporator surface.

The last example of new ammonia developments presented by Hafner was the Osenbrück 4.0, a new type of heat-pump cycle (based on Osenbrück’s Process) where water and ammonia are used inside the closed loop of an absorption-compression heat pump.

This system contains a liquid-vapor separator, which separates water and ammonia gas. The liquid water is pumped around the system and the ammonia gas is sent into the compressor. When the two fluids combine again in the high-temperature absorber heat exchanger, heat is released (cold is generated by the desorber and evaporation of ammonia).

The temperature glide in the absorber enables higher outlet temperatures (up to 115°C/239°F) at lower pressures below 20 bar (290psi), compared to ammonia-only systems, said Hafner. Varying the composition of the water-ammonia mixture and the circulation ratios increases flexibility, and the process can be adapted to suit specific capacities. “That’s a nice development,” he said.

Chiller with CO2 is possible

“Everybody said a CO2 chiller is not possible; it is possible,” Hafner said. “And it is very energy efficient if you do it like this,” he added, referring to the new ECO2 chiller and heat pump from Italian OEM enex.

The ECO2 is compact and energy efficient, and it complies with the EU Ecodesign Directive. It can be used for both domestic hot water production and heating/cooling in the winter and summer, respectively. By utilizing an ejector, it is possible to unload the compressor and lift the suction pressure by “several bars” while also providing 7°C (44.6°F) water, Hafner said “So no, no problem with [CO2 chillers].”

Everybody said a CO2 chiller is not possible; it is possible. 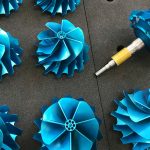 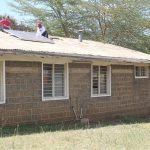