Nestlé has announced a net-zero energy plan in which the multi-national conglomerate, headquartered in Switzerland, aims to use natural refrigerants to help reach its goals, which include a target of 100% renewable energy, by 2050.

Vincent Grass, Global Refrigeration Leader for Nestlé, told the attendees at the 2019 ATMOsphere Europe Conference in Poland that becoming “fully trans- ferred to natural refrigerants” ties into the company’s plans to become net-zero.

The net-zero plan was unveiled before ATMOsphere Europe in October and the details will still evolve over the next two years, according to Grass. One short-term commitment is reducing the company’s greenhouse gas (GHG) emissions by 25% by the end of 2020, and Nestlé is already well underway in its efforts to reach this goal. At the end of 2018, the emissions were down by 22%.

Apart from the adoption of natural refrigerants, Nestlé also uses other means to improve its sustainability. This includes leveraging a number of biomass points, such as spent grounds from its coffee production for steam generation.

No single NatRef fits all

Nestlé uses a variety of natural refrigerant solutions to help it become more sustainable, and the company looks mainly at total cost of ownership when choosing a specific solution; this can include “water usage at the expense of energy, and vice versa,” according to Grass.

“We sometimes operate in very scarce areas where there is a lot of water stress,” Grass added. “So sometimes we actually go for air-cooled options, which are less efficient, and sometimes we will go for water-cooled options; basically it depends on the total cost of ownership and footprint.”

Since 2016, the company has only used hydrocarbons in its ice cream freezers, and it started employing transcritical CO2 for refrigeration in its supermarkets six to seven years ago, according to Grass.

Since most people know Nestlé for its food and beverage products, it may come as a surprise that the company also runs 21 supermarkets in Switzerland. These stores feature both Nestlé products and other brands to provide a complete shopping experience.

For warehouses and production facilities, Nestlé utilizes ammonia and ammonia/ CO2 for refrigeration. For large and medium-sized systems, and for processing, the go-to solution is ammonia/CO2; the latest example of this is being built for a large factory in Mexico. The company is also expanding its capacity in Russia with another ammonia/CO2 system.

Nestlé also has systems using only ammonia. In the U.S., the company has some large plants with refrigeration systems that use substantial amounts of ammonia.

However, Nestlé also has smaller warehouses that use only CO2. The first such system was installed in Spain four to five years ago, and another CO2 cold storage facility is underway in Tunisia, where Nestlé is considering the use of Panasonic condensing units.

“Not many” are left to convert, Grass said, attributing the early adoption to a “loss of trust” in synthetic refrigerants because every time a new product generation came out, a few years later, problems would be discovered.

To communicate its sustainability efforts, Nestlé publishes an annual Rating Share Value report that includes a summary of the company’s environmental efforts.

Nestlé also helps its retail customers to spread the word by, for example, attaching stickers to its ice cream freezers explaining that the unit is using a hydrocarbon refrigerant. 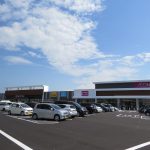 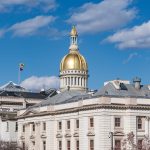