The new Ecodesign and Energy Labelling Regulations will come into effect March 2021, promising stricter energy efficiency requirements for the commercial refrigeration industry and a shift in existing products in retail.

European HVAC&R industry association Eurovent, with participation from the European Commission, hosted a seminar on February 17 during EuroShop in Düsseldorf, Germany to elaborate on “European Ecodesign and Energy Labelling Regulations for Commercial Refrigeration Equipment”. The aim was to offer an introduction to the new Ecodesign and Energy Labelling requirements which enter into force next year.

The program also looked at the EU Product Database for Energy Labelling (EPREL) database, prospects for market surveillance, and the next steps for the commercial refrigeration sector. The seminar was intended not just for manufacturers but also retailers and consultants, to help the sector understand the expected impact of the new regulations and what criteria to consider in the development of new projects.

After the session, a lengthy Q&A followed where concerns emerged regarding new refrigeration products that are not yet covered in the standard. Water-loop systems in particular were mentioned. Attendees were assured that this and other new products not yet covered are being discussed in the revision of the standard.

“The new Ecodesign and Energy Labelling Regulations which were adopted last year are game-changers for the commercial refrigeration sector,” said Scuderi. “They are expected to result in a phase out of certain products on the European market and increase the demand for the best market-available technologies.”

EuroShop is marketed as the world’s largest trade fair for the retail industry and its partners. This year’s edition runs from 16 to 20 February 2020 in Düsseldorf, Germany. 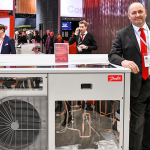 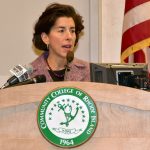