German manufacturer Güntner Group has opened a new 33,000m2 (355,210ft2) factory in Sibiu, Romania, to expand its production of heat exchangers mainly supporting CO2 systems, and it is designed with sustainability and worker well-being in mind.

The new Sibiu II factory is built next to Sibiu I, which started operations in 2015. Sibiu II will “almost double the capacity we have in Europe,” said Robert Gerle, Chief Sales Officer of Güntner’s parent company A-Heat. The new factory will also “serve markets outside of Europe, to Asia and the Americas,” Gerle added.

The focus on worker well-being has led Güntner to introduce a concept called “Planted Plant,” which includes green plants on supporting pillars throughout the production area, natural light and large green areas. In Sibiu II, this includes more than 7,000 green plants in the production hall and a 13,000m2 (139,931ft2) botanical garden.

Both Sibiu I and II will be mostly manufacturing products supporting natural refrigerants, including air-cooled condensers, evaporators and adiabatic condensers, but also products supporting glycol, HFOs and HFCs. Sibiu I started producing units for commercial refrigeration in 2015, and about 70% of the 40,000 units produced there so far are supporting natural refrigerants, mainly CO2, according to Gerle. Güntner is a major manufacturer of adiabatic condensers for transcritical CO2 systems.

Sibiu II will be highly automated, with artificial intelligence (AI) determining production steps and mobile industrial robots used to optimize the delivery of parts between workstations. Laser technology and robotics will also be used to improve the pressure testing system.

Güntner Group started operations in 1931 as a one-man repair-shop. Today, the group operates worldwide and has products and services within both commercial and industrial refrigeration, air conditioning, IT- and process-cooling. 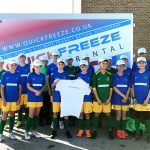 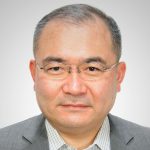