It’s not every organization that can look at its work and declare “mission accomplished”. But Refrigerants, Naturally!, a Königstein, Germany-based international association promoting natural refrigerant technology did just that with a post on its website in June 2018 (https://bit.ly/3eyTCLi).

In 2004, the members of Refrigerants, Naturally! together with Greenpeace and UN Environment, set out to achieve 100% f-gas free procurement in new point-of-sale systems, wherever technically and legally feasible.

By the end of 2017 four Refrigerants, Naturally! members – Coca-Cola, PepsiCo, Red Bull and Unilever – had collectively implemented 7.25 million natural refrigerant units (CO2, propane, or isobutane). At that point, three of the companies had reached their 100% natural refrigerant procurement goal, with the last member company to reach that goal in 2020.

So the companies collectively decided to officially end their active engagement in the Refrigerants, Naturally! Initiative at the end of 2017, “creating space for new ventures looking at other aspects of cooling to be addressed by a new generation of companies,” said the announcement.

In particular, RefNat4LIFE promotes climate-friendly cooling alternatives for refrigeration, air-conditioning and heat pump (RACHP) equipment among these retailers. (shecco, publisher of Accelerate) is a partner in the RefNat4LIFE project).

The new focus is on “translating the technological advances and experience from the big players to the smaller ones,” said René van Gerwen, a co-founder of Refrigerants Naturally! who is now a member of the project team as well as Managing Director of Entropycs, a Dutch company specializing in services related to natural refrigeration.

Looking at smaller retailers is appropriate since their cumulative impact in Europe is “at least as important” as that of the household names, said van Gerwen.

Training and education are particularly important for retailers in the OFR sector, who operate under smaller margins than Refrigerants, Naturally!’s original partners. Thus, the program aims to “increase the uptake of training for service personnel of equipment using climate-friendly alternatives,” according to RefNat4LIFE’s website (https://www.refnat4life.eu).

To that end, RefNat4LIFE plans to launch a “massive open online course” (MOOC) about refrigeration, air conditioning, and heat pump technology in late 2020, according to its website. The anticipated outcome is two modules, one for contractors and the other for retailers.

This article originally appeared in the July edition of Accelerate Magazine. 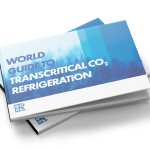 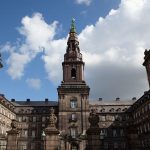