Anybody who’s ever travelled on the London Underground will know just how hot it gets down there, with excess heat being generated by the trains’ electric motors and friction from the brakes.

Until now, all that hot air has just been vented above ground. However, Islington, a borough of London, which intends to become carbon neutral by 2030, decided that the heat was a resource to be utilized in the pursuit of this goal.

In March 2020, Islington inaugurated a world’s-first project, the Bunhill 2 Energy Centre, which sends the warm Underground air through an ammonia heat pump to assist in creating heating and hot water for more than 1,350 homes, one local primary school and two leisure centers, according to a press release from Islington’s governing council. Bunhill 2, which cost £16.3 million (US$20.3 million), thereby reduces the CO2 emissions that would have been generated by oil- or gas-fired heating systems.

Bunhill 2 works with Bunhill 1 (opened in 2012), which employs a 2MW CHP (combined heat and power) engine. Together they comprise the Bunhill Heat and Power Network, a district energy provider.

Islington Council chose an ammonia heat pump for the project after conferring with engineers from German manufacturer GEA. One of the criteria was that very hot water – 75-80°C (167-176°F) – is needed for heating in the older housing units owned by the council, said Kenneth Hoffmann, GEA’s Heat Pump Product Manager.

The hot-water requirement meant that an ammonia heat pump was the only viable option that would give Islington a sufficiently energy-efficient system, said Hoffmann. The solution chosen has an annual coefficient of performance (COP) of 3.5.

The energy-efficient ammonia heat pump has enabled the Islington Council to lower the heating bills for the residents in the 1,350 homes by 10% compared to other communal heating systems that use fossil fuels – which are in themselves around 50% cheaper than stand-alone systems for individual homes, according to Islington Council.

The reduced bills were a very important factor influencing Islington’s decision, as “fuel poverty” is a serious problem for many people in London, especially people living in council housing, many of whom are in low-income households.

Choosing an ammonia heat  pump for a system installed in a very densely populated area of London wasn’t without its challenges and concerns. In order to eliminate the risk of any leaks reaching the general public, the system was fitted with active carbon-filter ammonia scrubbers (adsorbers), so that even if leaks occur, no smell would reach the public. This, of course, added extra cost to the project, but it was necessary, according to Hoffmann.

By using the waste heat from the Underground rather than a fossil-fuel system, the Bunhill 2 project not only saves around 500 metric tons of CO2e per year but it also prevents considerable amounts of nitrogen oxides (NOx) from entering the atmosphere, Hoffmann said. This is an important benefit in a heavily polluted city like London, where poor air quality killed almost 3,800 people in 2017 alone, according to a study by Centre for Cities.

The technology used in Bunhill 2 has lots of potential elsewhere, both in London and in other big cities. The Greater London Authority estimates that there is enough heat wasted in London to meet 38% of the city’s heating demands, according to an article in The Telegraph.

How Does Bunhill 2 Work?

The water is then sent through GEA’s two-stage ammonia heat pump, which heats it to 75°C (167°F). The heat pump has a 1,000kW (284.3TR) capacity and a 350kg (772lbs) ammonia charge, and is powered (with the fan) by two gas-driven CHP engines. The hot water is then pumped through the new network of pipes to the homes and leisure centers. The return temperature of the water is 55°C (131°F).

One of the technical challenges of the new system is the amount of iron dust in the air coming from the Underground. The iron dust is primarily created by the friction of the trains’ brakes against the tracks. The amount of iron dust makes traditional air filtering useless, as the filters would clog up and need cleaning too often. Instead GEA chose a solution with wider fin spacing on the cooling coils, so the dirt goes straight through without sticking to the coils. Tests have shown that the cooling coils will only need cleaning once a year, Hoffmann said.

Another challenge has been the quality of the water in London, which uses surface water treated with chlorine. Chlorine is corrosive to the fin metal in the heat exchangers, meaning that GEA had to exchange its usual stainless steel for a special corrosion-resistant alloy called SMO254. 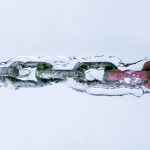 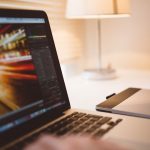