Overfed Evaporators for CO2 Refrigeration Save up to 7.5% Energy in New Study

Italian researchers have developed a model predicting the effects of a number of efficiency-improving technologies used in transcritical CO2 (R744) refrigeration, finding that overfed evaporators were the most effective all-year solution, saving up to 7.5% energy, and that mechanical sub-cooling is the most effective in the summer months.

The theoretical model was developed to simulate commercial refrigeration in a number of climates and seasons, and validated with data from an actual supermarket installation near Milan, in northern Italy, explained Frascold R&D Engineer Corrado de Gioia-Carabellese during the online IIR Compressor & Refrigerants conference on January 13.

In addition to de Gioia-Carabellese, the researchers behind the study include Marco Azzolin, Davide Del Col and Gianluca Cattelan from University of Padova; Simone Dugaria from University of Bozen; and Silvia Minetto from the National Research Council of Italy.

The benchmark configuration for the model is an integrated booster system with parallel compression, installed outside the Milan supermarket. It includes air conditioning and two-stage heat recovery for hot water production and space heating. An external evaporator, used during the winter to support heat recovery, is placed in the same framework as the gas cooler and has the same pressure level as the low-temperature (LT) evaporators. The system was equipped with Frascold compressors.

The nominal cooling capacities for the benchmark system was 15kW (4.3TR) LT capacity and 65kW (18.5TR) medium-temperature (MT) capacity. The evaporator temperatures are -33°C and -9°C (-27.4°F and 15.8°F), respectively. During winter, the system is forced to work in transcritical mode to increase the amount of heating available for recovery. This means that “the highest energy consumption for the MT compressors is reached during winter time,” de Gioia-Carabellese said.

Three configurations were considered in the model:

The overfed evaporators were found to be the most effective year-round solution of the three, resulting in reduced energy consumption for all ambient temperatures. In simulations mimicking the climate in Athens, Greece, and Bratislava, Slovakia, the overfed evaporators were found to reduce energy consumption by 7.5% and 3.8%, respectively, over the year.

In the summer at higher ambient temperatures, mechanical subcooling was found to be the most effective solution, reducing energy consumption by 9.7% and 4.5%, in Athens and Bratislava, respectively, compared to the benchmark configuration. The yearly coefficient of performance (COP) in this configuration increased by 21.2% to just under 4 in Athens and by 16.5% to a bit over 4 in Bratislava.

Vapor ejectors were also found to perform better high ambient temperatures. In the Athens simulation they saved up to 9.5% in energy use, but only 4.1% in Bratislava, where the annual temperatures are generally lower. 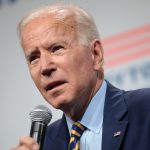 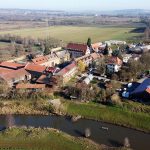