Since introducing outdoor CO2 condensing units in Europe in 2017, Japanese OEM Panasonic has sold 600 as of October, according to Gaku Shimada, Overseas Sales Manager for Panasonic’s Refrigeration System Sales Department.

In marketing these units, Panasonic has targeted small-format stores, gas stations, fast food chains and restaurants, said Shimada during a presentation at ATMOsphere Europe, in Warsaw, Poland, on October 16. Europe is the world leader in transcritical CO2 system installations with 23,000, though most of these are rack systems in supermarkets.

“This time we included special tubes for installers to connect additional heat exchangers,” said Shimada. “By doing so, you can get some heat, free of charge.”

Panasonic launched its 2HP CO2 condensing unit in Europe in 2017. The first version of its 10HP unit followed in the summer of 2018.

Shimada attributed the success of the CO2 units to several factors including ease of installation and reliability in high temperatures. “The most popular thing I hear from our installers is ‘Gaku, this product is very, very easy to install,'” said Shimada.

In addition, Shimada said that the CO2 units ran without issue during this past summer’s heat wave which exceeded the system’s rated ambient operating temperature maximum of 43°C (109°F). “Actually, this summer in France, we experienced 48°C (118°F), and the unit ran without any issue,” Shimada said. 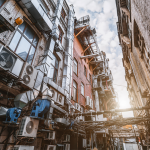 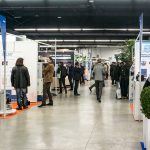