16.3 million tonnes of CO2-equivalent bulk HFCs were illegally placed on the European Union (EU) market in 2018, according to a report released today (9 April) by the Environmental Investigation Agency (EIA), an NGO.

Illegal trade in HFCs in the EU thus rose by 16% compared to the year before, according to the EIA report ‘Doors Wide Open: Europe’s flourishing illegal trade in hydrofluorocarbons (HFCs)’.

As supplies shrink and prices rise under the HFC quotas put in place by the EU F-Gas Regulation, “illegal trade has flourished to meet demand,” according to the EIA. 2018 was marked by, “a deluge of illegal HFC use and trade throughout the EU,” the report says.

Most non-quota HFCs enter the EU directly from China or via Russia, Ukraine, Turkey and Albania, the EIA asserts.

“Cutting HFC use is one of the most effective tools to help prevent runaway climate change – but its impact could be significantly undermined by illegal trade,” Perry warned.

To combat illegal trade, the EIA report calls on the EU and its member states to:

The EU’s doors are wide open to large-scale illegal HFC trade, driven by quick profits and low risk of punitive measures and the absence of a system allowing customs officials to determine if an HFC import is actually legal or not.”

In late 2018, the EIA conducted two surveys: one to gauge EU countries’ efforts to comply with the F-Gas Regulation and another to get information on illegal trade directly from key industry stakeholders.

More than 80% of the companies surveyed were aware of or suspected illegal HFC trade and 72% had seen or been offered refrigerants in illegal disposable cylinders, the EIA found.

Clare Perry, climate campaigns leader at the EIA, said the report shows that, “the EU’s doors are wide open to large-scale illegal HFC trade, driven by quick profits and low risk of punitive measures and the absence of a system allowing customs officials to determine if an HFC import is actually legal or not”.

Detailed analysis of 2018 customs data suggested that 16.3 million tonnes of CO2-equivalent bulk HFCs were illegally placed on the market, equivalent to more than 16% of the quota. A large number of EU countries recorded significantly increased HFC imports in 2018, despite that year’s major HFC supply cut of 37%.

Sophie Geoghegan, EIA climate campaigner, said: “There are multiple and large discrepancies between reported and customs data. The 2018 customs data suggests HFC use exceeded the quota by more than 16% – that’s greenhouse gases equivalent to the annual CO2 emissions from more than four coal-fired power plants.”

“We call on the European Commission and member states to examine this as a matter of urgency,” Geoghegan said. 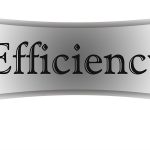 How to Save More Energy in a NatRef System