The SLVE18CN R290 compressor has an 18 displacement volume and is suitable for both low-temperature and medium-temperature applications like ice cream display freezers, multideck cabinets, refrigerated display cases, and stainless steel reach-in freezers.

In a recent interview with Accelerate, Peter Michael Hansen, Head of Global Application and MD, explained that the larger compressor will accommodate the greater R290 charge size – up to 500g – that was established by the International Electrotechnical Commission (IEC) last year for commercial display cases; the previous cap was 150g.

“The trend is for larger capacity systems so this [IEC standard change] is a very good move,” he said. “We need to move to larger charges to realize their full potential.”

In Europe, he added, “we are waiting for CENELEC to get down to the details of what the systems needs to look like, safety-wise, system-wise. But it’s a great opportunity for us.”

It is equipped with Secop’s CCD speed controller and the Tool4Cool software, making it easily customizable, according to Secop’s website.

Variable speed compressors currently make up 6%-7% of Secop’s commercial compressor sales, but this share is growing, driven mainly by energy-efficiency regulations, according to Hansen.

Hansen noted that variable speed increases efficiency from “20% to 40%” compared to a fixed-speed baseline for any given cabinet that has been optimized with efficient lighting and fans. While there is a cost premium for variable-speed compressors – about double the cost of fixed speed – there is a quick ROI for the end user, “under three months for the SLVE,” he said.

For detailed technical specifications of the SLVE18CN, click here.

Secop GmbH has a mission to promote the use of natural refrigerants and energy-efficient, sustainable refrigeration systems. The company came into being a decade ago when German holding company Aurelius AG acquired Danfoss Compressors. After the takeover, the name was changed to Secop GmbH.

In 2017, Japanese manufacturer Nidec acquired Secop. However, due to its subsequent acquisition of another compressor manufacturer, Embraco, Nidec was required to divest the Secop business. The European ESSVP IV investment fund, which is advised by private equity firm Orlando Management AG, completed its acquisition of Secop from Nidec in September 2019.

The Secop group has around 1,350 employees around the world, with production sites in Slovakia and China, as well as research centers in Germany, Austria, Slovakia, China, and the U.S.

“The trend is for larger capacity systems so this [IEC standard change] is a very good move.” 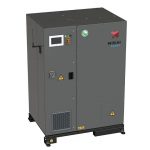 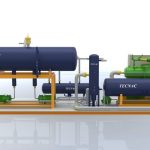