Six European Union (EU) countries had not submitted their final National Energy and Climate Plans (NECP) for the 2021-2030 period to the EU as of March 4, according to the NECP website.

To meet EU’s energy and climate objectives for 2030, EU member states were required to submit their plans by the end of 2019.

The U.K., which left the EU on February 1, has also not submitted its NECP; it is subject to EU law (with a few exceptions) until December 31, 2020.

Some of the national plans that have been submitted refer to the implementation of the F-Gas Regulation as a method of reducing GHG emissions as well as the adoption of energy-efficiency measures for cooling equipment and large air-conditioning facilities in the services and public infrastructure sectors.

For example, Austria’s plan refers to the F-Gas Regulation as well as the reduction in the cooling needs of buildings through thermal renovation and standards for new buildings. Denmark’s plan refers to both f-gas taxes and regulation.

Last month, the European Commission (EC) called out Romania for failing to adopt penalties for illegal imports of HFCs, as required by the F-Gas Regulation. Romania was given two months to communicate such measures to the EC.

“We are seeing significant quantities of illegal HFCs, primarily in banned non-refillable containers entering and being used in the EU,” said Nick Campbell, Chairman of the European Fluorocarbons Technical Committee. “It is essential that member states adopt effective and dissuasive penalties and enforcement measures to prevent illegal trade in HFCs.” 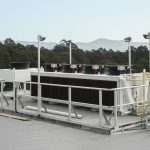 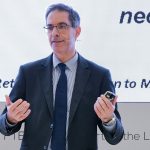