The Azanefreezer 2.0 is a new iteration of Star’s air-cooled industrial freezer package designed for cold storage and food processing applications, such as blast and spiral freezing. It can be charged with as little as 0.52 kg/kW of ammonia.

Average energy consumption figures for chilled and frozen storage facilities across Europe are about 50% higher than the figure declared to be best practice by the UK government, according to research conducted by Prof. Judith Evans et al. for the International Institute of Refrigeration (‘Specific Energy Consumption Values for Various Refrigerated Food Cold Stores, Proceedings of the 24th IIR Congress, Yokohama, IIF/IIR‘).

Recent energy performance data analysis for the Azanefreezer 2.0 indicates that its annual energy usage is one third that of the UK’s best-practice guidelines – hence the 66% saving.

“As a pre-packaged low-charge ammonia freezer, the Azanefreezer 2.0 is completely unique in the industry,” Lamb said.

The Azanefreezer 2.0 is available in capacities of up to 650kW and delivers temperatures down to -40°C. Multiple units can be used for larger capacity installations.

In designing the new Azanefreezer, Star listened to customer concerns about energy bills, with some temperature-controlled storage business reporting 30% price hikes in the past year.

“Large users of refrigeration are primarily focusing on cutting energy consumption and carbon footprint, both long-term issues which tie in with climate change targets and environmental sustainability,” Prado said.

Companies are making long-term investments – over 20 years – which required energy efficient, future-proof solutions such as the Azanefreezer.

Star reports that more investment in new warehouses, particularly from multinational companies seeking to increase their presence in the UK, is also driving interest in the Azanefreezer 2.0.

“These companies are making long-term investments – over 20 years – which required energy efficient, future-proof solutions such as the Azanefreezer,” Prado said.

According to Star, the low-charge ammonia design of the Azanefreezer 2.0 reduces refrigerant charge by up to 96% compared to traditional ammonia systems and avoids the need for complex valve stations. This removes the requirement for leak detection and ventilation, minimising health and safety concerns. 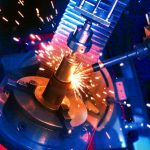 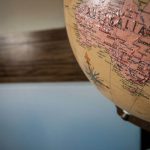