Tecumseh Europe, a subsidiary of U.S.-based Tecumseh Products, is testing its small-capacity propane (R290) chiller in a variety of applications, according to Hubert du Boullay, its Market Manager.

The chiller, offering a capacity range of 5-30kW (1.4-8.5TR), employs 2-4kg (4.4-8.8lbs) of propane, with a secondary glycol/water loop, as an alternative to CO2or HFC systems. The small capacity range “is the main innovation; above 100kW, a lot of units already exist,” said du Boullay, at the 2019 SIFA (Interprofessional Refrigeration and its Application) trade show in Paris, on November 19-21.“R290 is really there for small applications!”

The unit is easy to use “because all the [propane] charge is outside the building,” he noted, adding, “The customer just has to collect the secondary loop and work on the water part of the product but not on the propane part.” The end user can also avoid a major commissioning of the unit because it has already been tested and set up at the factory.

Tecumseh showcased a prototype R290 chiller at the 2016 Chillventa Show in Germany, and two years later unveiled the INFINEE, a propane mini-chiller at Chillventa.

One of the Tecumseh chillers is running in a cheese cellar in France, where the behavior of the product, control of the evaporating temperature and return on investment will be “studied and evaluated,” said du Boullay.

Other projects include a collective restaurant and a flower stock warehouse, “which wants to control the evaporating temperature,” he said.

“It is possible to collect a lot of data for each component and control their behavior: compressor, fan, secondary loop, pump. It is possible to adapt all units to the conditions outside and inside the building.”

A safe “Atex” area has been built at Tecumseh’s factory where it is safe to handle the propane refrigerant. This enables Tecumseh to test, charge and make sure that the product conforms to the expectations.

It is possible to collect a lot of data for each component and control their behavior: compressor, fan, secondary loop, pump.” 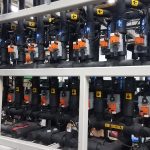 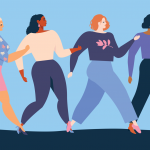