German OEM Teko launched its ROXSTAmicro CO2 plug-and-play condensing unit for smaller convenience stores and the compact ROXSTAG6 for larger hypermarkets at EuroShop, expanding its range to include systems from 5kW (1.4TR) to 550kW (156.4TR).

With the addition of both the smaller and larger capacity units, Teko expanded its reach well beyond just conventional commercial CO2 applications, reflecting a growing global trend.

The ROXSTAmicro drew great interest from end users (and even competitors) throughout EuroShop, which ran from February 16 to 20, said Tim Strüßmann, the Key-Account-Manager at Teko. This is the smallest, most compact CO2 unit of this kind that he saw at the show, suitable for applications up to 5kW (1.4TR) for medium temperatures and as low as 500W (0.1TR) for low-temperatures.

The ROXSTAmicro is a CO2 air- or water-cooled plug-and-play unit that offers the same performance as similar propane (R290) units but without the flammability risk, offering an alternative for stand-alone cases, said Strüßmann.

Teko offers an air-cooled version of the ROXSTAmicro with gas cooler/heater combination for food retail, commercial kitchens, and cold rooms. The water-cooled version with a plate heat exchanger is suitable for water chillers/dry coolers.

Although the ROXSTAmicro unit on display at EuroShop was a prototype, Teko has plans to have this in production before the end of the year, said Strüßmann. The current bottleneck is finding all the small-capacity parts, which aren’t as readily available yet as they are for larger CO2 systems. The unit will only be available to OEM customers to ensure proper oil return, said Strüßmann.

The new ROXSTAG6 CO2 rack for large capacities (up to 550kW) also drew a great deal of attention with its compact design. This product is suitable for applications such as hypermarkets/Cash and Carry stores up to 10,000m2 (107,639ft2). It is suitable for use in both trans- and subcritical applications and offers heat recovery and a six-cylinder compressor. Teko offers both an outdoor installation and container solution. Teko’s RANSTAheat – a propane heat pump that can function in ambient temperatures as low as -20°C (-4°F) – was also launched at the show. 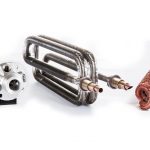 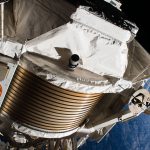