Transcritical CO2 systems have become established in Europe, but they are hardly stopping there, said Andreas Meier, managing director for German OEM TEKO.

“In West and Northern Europe, CO2 is a standard solution”, he said. “In Southern Europe it is still less frequently used, but it is getting more and more.”

Furthermore, he sees a huge potential for natural refrigerants like CO2 in Southeast Asia, and he announced that TEKO has a new project for transcritical CO2 in South America.

Moreover, he observed that the potential for CO2 in other applications than commercial refrigeration – such as cold storage facilities with a capacity of about 100kW (28TR) – is growing.

Meier made these comments at TEKO’s annual conference “Altenstädter Kältetage” at its head- quarters in Altenstadt, near Frankfurt. The German system manufacturer hosted this event from September 4-5 with around 400 of its customers and partners from various European countries, presenting updates on its products and production facility.

The program included product showcases and presentations by stakeholders, including engineering offices and the German testing institute TÜV Hessen, on German government support schemes for energy-efficient projects and on regulations.

A site visit of its production facility showed TEKO’s continuous improvements in digitalization, leakage testing and standardization of its CO2 racks.

TEKO has offices all over Germany, as well as partner companies in other European countries and customers from all over the world, mostly contractors who install the refrigeration systems for food retailers.

During the conference, Nadine Neuberger, TEKO’s marketing director, outlined its history with CO2 refrigeration over the past 15 years. This included first steps, technical difficulties encountered and an overview of the future market and new projects that TEKO has started worldwide.

Neuberger noted that CO2 had been used in the shipping industry until the 1930s, when it was replaced by HCFCs and CFCs. When TEKO started looking into it again in 2004, the company had no experience that it could build on.

In the following years, TEKO did intensive research to overcome several technical difficulties associated with CO2, like high pressure, different requirements for lubrication with oil, dimensioning of valves, leakage checks, and vibrations caused by the compressors. In 2008, the OEM built its first CO2 system for a supermarket.

Since 2010, there has been enormous progress, with one new CO2 model per year. One important aspect is increasing efficiency, mostly done by heat recovery, with 70 % of rejected heat recovered via a gas-cooler bypass valve. TEKO is also using parallel compression to increase the temperature for compression from -5°C to 2°C (23°F to 36°F). Ejectors are another measure, which enables a mass flow shift to the parallel compressors without additional energy input, increasing this mass flow by 30-50%. The company’s new innovation EVALIFT enables owners to save 4% on energy cost per degree K (Kelvin).

“In West and Northern Europe, CO2 is a standard solution. In Southern Europe it is still less frequently used, but it is getting more and more.”

Since 2013, TEKO has been offering training on transcritical CO2 to technicians and engineers, including requirements for components, process engineering and controls. After recently having expanded to Thailand, the OEM will offer its first CO2 training session, which will take place at the end of September, near ATMOsphere Asia in Bangkok. 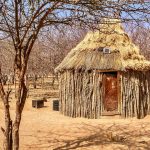 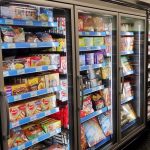