A few years ago, Colruyt Group, Belgium’s largest retailer, decided that, on top of its commitment to propane (R290) for refrigeration, it also wanted to avoid using fossil fuels for heating in new and existing stores.

However, the company couldn’t find a heat pump suiting its needs in Belgium, so it had to look elsewhere.

Colruyt Group Project Engineer Collin Bootsveld found the solution he wanted, an R290 heat pump from French manufacturer Auer, at an industry fair in the Netherlands. There was one problem – the Dutch importer ACR wasn’t able to deliver to Belgium.

But Bootsveld and his team did not give up. Colruyt Group’s procurement officer, Jan Verdonck, along with Ian Vinck, Maintenance Manager, Industrial Refrigeration and Hydrogen Fueling Stations, managed to convince HVAC supplier Cairox Belgium (of which Colruyt Group is a regular customer), to add the Auer heat pump to its product catalogue. This made it available not only for Colruyt Group, but for anyone in Belgium with a need for an environmentally friendly heat pump with a high coefficient of performance (COP) of up to 4.9, which is suitable for both domestic and commercial uses.

The main reasons he wanted this exact heat pump model were that Auer has “a suitable capacity range, so that we can match smaller and bigger heat demands; a good price level due to a basic design with heating only; and that it is able to reach 70 degrees (158°F) with no electrical battery (to prevent legionnaires disease),” Bootsveld said.

He also stressed that it was important to find an off-the-shelf product, as client-specific heat pumps “become too expensive to be economical.”

The determination to find the right heat pump solution is part of Colruyt Group’s efforts to create a “universal” heating and cooling system that can be reused, while also providing a concept for future stores.

“The task was to make a cooling system that could be reused,” Bootsveld explained. “So if the shop gets refurbished, or maybe we change location, then we can take parts out and reuse them. So we don’t have to throw away the cooling system.”

Among large retailers, Colruyt Group is noted for its commitment to R290 for refrigeration,and now for heating. Bootsveld said this is not due to a certain ideology, but because the company genuinely believes that R290 is the best solution for their shops.

The group’s overall environmental goal is to reduce its CO2e emissionsby 20% by December of this year compared to 2008 figures. To that end, electricity from solar panels and wind turbines power Colruyt Group’s stores and distribution centers, with help from highly efficient CHP (combined heat and power) plants.

Colruyt now has an Auer HRC 70 heat pump, instead of a gas-driven heater, up and running in five new stores, with three more installations planned this year. One of the first R290 heat pumps was installed in a large supermarket in the Etterbeek section of Brussels, which opened last December.  In addition, Colruyt Group plans to replace gas heaters with the heat pump in future remodels of existing stores.

“It has been decided that we will try as much as reasonably possible to avoid gas connections in the future,” said Bootsveld. Auer has different, smaller models of the HRC70 heat pump so that “we can match the need with the right size of the heat pump,” he noted.

The Etterbeek store has a “standard” refrigeration system for Colruyt shops, said Bootsveld. This includes two or three “ventilated enclosure” compact R290/glycol chillers, depending on the size of the store, which serve large a cold room open to shoppers for produce, dairy and other medium-temperature products; they also support the butcher/deli in the main store area. (The Etterbeek store’s chillers are from Futron.) Stand-alone chest freezers employ isobutane (R600a) or propane as the refrigerant. The Etterbeek store also has heat recovery installed.

The large size of the Etterbeek store presented a problem, however. The heat recovery from the chillers wasn’t expected to be sufficient in the winter months; hence the decision was made to install the heat pump to produce heating, and hot tap water for butchers.

The refrigeration system was designed to always prioritize the recovered heat over the heating produced by the  heat pump, thus increasing efficiency, Bootsveld explained.

Heat recovery is not unique to the Etterbeek store. It is quickly becoming standard for Colruyt and Bootsveld expects to reach 63 stores with heat recovery by the end of 2020.

While many retailers have started utilizing heat recovery to improve efficiency, most Colruyt supermarkets stand out with their large cold rooms for fresh food, rather than traditional refrigerated cabinets. This solution is “three times more efficient,” according to Bootsveld.

Colruyt Group aims to eventually convert all of its stores to R290 refrigeration. Currently the number stands at 113 stores, out of 413 stores in total (mostly in Belgium). Bootsveld expects this number to rise to 132 by the end of the year.

The series, which is based on patented technology, comes in capacities from 11-35kW (3.1-10TR), and up to 140kW (39.8TR) when installed in cascade. One of its selling points is the fact that it can produce hot tap water up to 70°C (158°F), distinguishing it from most other propane heat pumps that are designed to produce up to 60°C (149°F) water, according to Bootsveld.

Colruyt also uses CO2 Ecocute heat pumps for hot tap water only, but not in the Etterbeek shop.

The HRC 70 is a highly efficient model, with a COP up to 4.9, and the whole range has been awarded the A++ European Union energy rating.

Other selling points, according to the Auer website, is that its R290 heat pump is very quiet, due to a large-diameter low-speed fan, and it’s a turnkey solution, enabling easy installation on existing heating circuits in, for example, homes.

Last, but certainly not least, it can achieve the promised 70°C hot water at ambient temperatures down to -20°C (-4°F). For this, it is equipped with two, differently sized compressors. The small compressor runs in mild weather, with the larger one taking over as it gets colder, and both compressors running concurrently at very low ambient temperatures, for increased efficiency. 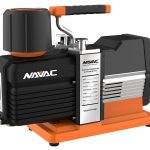 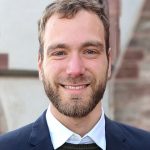 BASE Touts Benefits of Cooling as a Service for Australia