FMI Energy: EPA GreenChill Recognizes ALDI US for Its 81 Certified Stores, All With CO2

Also receiving the award was Hillphoenix for supplying more GreenChill-certified stores with refrigeration equipment than any other manufacturer over the past year; the OEM was given the award for the eighth consecutive year.

The GreenChill program handed out these and several other awards at its annual awards breakfast and ceremony today the Food Marketing Institute (FMI) Energy & Store Development Conference. Tom Land, manager of the program, announced his retirement after hosting the ceremony.

Amber Hardy, director of energy management for ALDI US, noted that the chain has installed transcritical CO2 systems in more than 200 stores, the most of any retailer in the U.S.; many of its stores have 8-10 self-contained R290 cases, she added.

Launched in 2007, the GreenChill program helps U.S. food retailers reduce refrigerant leaks and charges while enabling many to adopt natural refrigeration systems. GreenChill Partners, had an average leak rate of 13.9% in 2018, said Land; they emit at least 65% less refrigerant than the average supermarket, according to the EPA.

Over the past decade, participation in the GreenChill Program has grown from 4,500 stores to over 11,000 stores nationwide, representing about 29% of the U.S. supermarket industry.

Other award categories and winners included:

Hy-Veereceived this recognition for leadership through active participation and initiative in achieving GreenChill goals.

Best of the Best

Target, Minneapolis, Minn., was honored as “Best of the Best” within GreenChill’s store certification program for installing micro-distributed stand-alone refrigerated cases in multiple small-format stores. The retail chain has installed these cases, typically using R449A and a water-loop heat removal system, in 21 stores, “with a number in the works,” said Erich Schwab, lead mechanical engineer, refrigeration engineering and store design for Target.

“We would like to move to R290 [propane]” in these stores  when the U.S. adopts higher charge limits for R290 cases, added Schwab. The U.S. and other countries are considering adopting a new global charge limit standard, which was increased this year by the International Electrotechnical Commission (IEC) to 500g from 150g. “Five hundred [grams] would be better; we could probably work with 300,” he said. Target uses up to 150g of R290 in spot merchandisers throughout its 1,800-store chain.

Weis Markets, Sunbury, Pa., operates a store in Hanover, Pa. that was recognized as the first supermarket in the U.S. to be GreenChill-certified for 10 consecutive years. Eight stores were recognized for achieving GreenChill certification for five consecutive years. Sprouts Farmers Market achieved this honor for stores in Birmingham, Ala.; Lakeland, Tenn.; Madison, Ala.; Mansfield, Texas; Peoria, Ariz.; Scottsdale, Ariz.; and two stores in Kansas City, Mo.

“We applaud the supermarket chains for their environmental leadership in minimizing refrigerant emissions and their adoption of advanced refrigeration technologies,” said Anne Idsal, acting assistant administrator for EPA’s Office of Air and Radiation. “They’re not just protecting the environment; they’re keeping costs down for themselves and their customers.”

We applaud the supermarket chains for their environmental leadership in minimizing refrigerant emissions and their adoption of advanced refrigeration technologies. 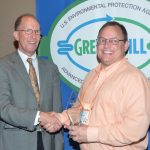 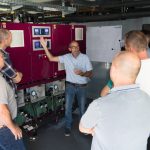