Carnot Refrigeration, the Quebec-based OEM that helped pioneer the use of transcritical CO2refrigeration in Canadian supermarkets, has installed transcritical systems at eight industrial locations, reflecting the growth of CO2in the sector, according to Marc-André Lesmerises, CEO of Carnot.

“[Transcritical CO2] is definitely the future long-lasting solution” for industrial facilities, said Lesmerises during an interview at Carnot’s booth at the Global Cold Chain Expo, which is taking place June 10-12 at McCormick Place in Chicago. “When people try it, they understand that.”

Carnot has more than eight industrial installations of transcritical CO2 refrigeration in Canada, but he could not specify the number.

A number of the industrial transcritical installations are retrofits of existing facilities. One example is the Hannaford warehouse, an 800,000-ft2 facility, which recently installed one of the largest transcritical CO2 systems in the world, Lesmerises said. Carnot has delivered four racks, each with up to 14 50-HP compressors. “We are starting up one of the racks soon.”

The transcritical CO2 systems at Hannaford and US Cold Storage use adiabatic condensers and ejectors. “With that you avoid so much of the energy penalty of CO2,” Lesmerises said, adding that with Carnot’s ejector design parallel compression is not necessarily required. 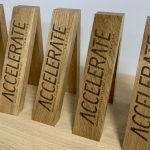 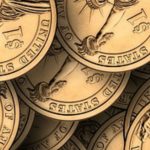