Ammonia Use to Grow ‘Significantly’ in Developing Economies, Thanks to Low-Charge Trend

The development of low-charge ammonia systems will increase uptake of this natural refrigerant in developing economies where its use has been curtailed over safety fears, according to Dr. Andy Pearson, group managing director, Star Refrigeration.

“Countries which have in recent years moved away from ammonia for industrial applications due to the safety concerns related to large-site installed systems can benefit greatly from the new designs of low-charge, high efficiency systems that are being developed,” wrote Pearson in a paper for the 8th Conference on Ammonia and CO2 Refrigeration Technologies.

“This should bring a significant increase in the use of ammonia in developing economies,” states the paper.

Pearson cites the use of plate heat exchangers or non-pumped systems as effective means of reducing ammonia charge and enabling systems to be implemented in applications that previously were not possible.

The impact of HFC phase-down legislation in different jurisdictions – which has already started to trigger HFC price rises, for example in the European Union – is likely to boost the business case for ammonia and other natural refrigerants.

“The cost of the refrigerant is becoming more and more [of] a decisive factor in system choice, coupled with uncertainty over pricing and regulations,” states Pearson in his paper.

“For a small contractor the risk of large-scale refrigerant loss become something that could put them out of business if the refrigerant costs hundreds of euros per kilogram,” he warns.

“For a cash-strapped end user it could make the difference between keeping the production line running and shutting it down,” he writes.

Pearson cites R404A as a case in point. R40AA “used to be about five times the price of ammonia but now it is hundreds of times more expensive, and future pricing is much less certain,” the paper says.

The 8th Conference on Ammonia and CO2 Refrigeration Technologies, hosted by the International Institute of Refrigeration, took place in Ohrid, Republic of North Macedonia, on 11-13 April 2019. 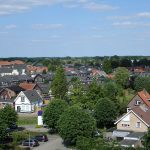 Ammonia to Heat Homes in the Netherlands 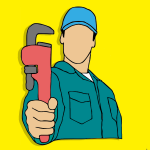 Turbo Air: Service No Longer an Issue for R290