The movement to low-charge ammonia industrial systems, driven by safety and regulatory factors, will continue to gain traction in 2021.

Both packaged and centralized low-charge options have emerged in recent years. While the latter are well-suited for large-capacity applications, the former, in the form of multiple units, have been installed to handle a range of capacities.

U.S. OEM Evapco introduced its LCR-C line of low-charge ammonia chillers in 2017. Early next year, Evapco will unveil the latest addition to the LCR-C line, its first air-cooled model, according to Kurt Liebendorfer, Evapco’s vice president.

In general, Liebendorfer said he sees an increasing number of low-charge ammonia installations, “and we expect this to expand in 2021.”

One of the leading manufacturers of low-charge centralized systems is Australian OEM Scantec Refrigeration Technologies. Stefan Jensen, its Managing Director, said the company will “continue the pursuit” of centralized, low-charge ammonia systems, but with more emphasis on its ScanPAC unit, which brings the flexibility of packaged systems to a centralized format. Scantec will also pursue alternative ownership models and capital cost reductions “through the use of more standardized plant room enclosures as opposed to bespoke units,” he said.

On its website Scantec describes ScanPAC “as a small-scale packaged centralized low-charge ammonia refrigeration system that does not require a separate plant room.” An individual ScanPAC suits a small to medium-sized facility of around 30,000m³ (1.06 millionft³) or less; for larger facilities multiple ScanPACs can be used.

As a small-scale packaged design, ScanPACs are “relocatable if necessary,” with “documented annual energy performance improvements of up to 67% compared with single-stage, multiplexed, air-cooled HFC based systems with electric defrost.” It also uses three to five times less ammonia than equivalent conventional R717 systems with liquid overfeed. 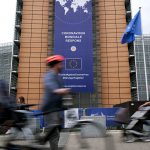 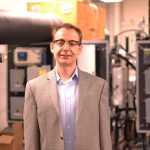