Almost a year ago, on April 22, 2019 (Earth Day), the Environmental Investigation Agency (EIA) launched a website that features information on U.S. food retailers that use low-GWP (under 150) refrigerants.

The site also includes an interactive map that shows the location of more than 230 U.S. supermarkets where climate-friendly refrigerants are employed, enabling consumers to identify stores near where they live.

Now the NGO, based in Washington, D.C., is seeking to expand the scope of the map to include stores from around the world. It is inviting stores using low-GWP to become part of the map by going to the website to enter store information, or sending it to climatefriendlysupermarkets@eia-global.org.

“We believe this will be a helpful tool for consumers who want to search for climate-friendly supermarkets in their zip codes,” said Avipsa Mahapatra, EIA’s U.S.-based Climate Campaign Lead.

One retailer featured on the U.S. map is ALDI U.S., the leading user of transcritical CO2 systems in North America. Other U.S. retailers included are Whole Foods, Target, Sprout and Ahold Delhaize.

EIA would also like to expand the number of U.S. retailers in the map system. “These leading companies represent just 15% of U.S. supermarkets so there’s a big opportunity for more commitments such as phasing out the worst HFCs like R404A, adopting climate friendly refrigerants in new refrigeration systems, or joining the EPA’s GreenChill Partnership and taking steps to limit leaks,” said Christina Starr, Climate Policy Analyst at EIA. 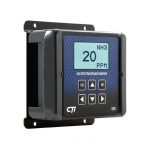 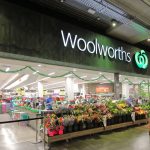