“There’s no doubt [about hydrocarbon’s role], but we need to put effort and time into reaching it,” said Li Hong, Embraco Korea and Indonesia Sales Representative for Nidec, during a supplier’ panel discussion at ATMOsphere Asia on November 18. (ATMOsphere Asia was organized by shecco, publisher of this website.)

Hong told his audience that Embraco has a new products segment – scroll compressors, that can supply more power – over 2HP. A propane  (R290) version of the scroll compressors “should be available within this year.”

Embraco prefers hydrocarbons due to the “much better” efficiency it delivers [compared to f-gases], and its cheaper price. Traditional f-gas compressors also have a higher pressure and a higher discharge temperature, something that will have a negative impact on the compressor’s reliability, Hong said.

In addition, the increased IEC hydrocarbons charge limits for commercial refrigeration will bring new opportunities, according to Hong, even though local standards have yet to be updated in many places. But, “honestly speaking, for most applications 150g is easily enough,” he said.

Changing from high-GWP refrigerants to lower-GWP HFCs or HFOs is not an option for Embraco, Hong explained. “One solution is to use low-GWP HFCs, but in the near future, they will have to change again.”

As an example of an easy “drop-in” solution than can help save energy and comply with regulations, Hong mentioned Embraco’s variable speed R290 compressors. He noted that in a vertical 354L cooler, an R134 F-series on/off compressor was replaced with an R290 VESA7U variable speed unit. This reduced the daily energy consumption from 1.95kWh to 1.58kWh, a reduction of 20%.

Another example of low-hanging fruit, when it comes to saving energy, is replacing an R134a compressor with an R290 unit in a chest freezer, reducing the daily energy consumption from 3.2kWh to 2.19kWh, a saving of 32%. The new compressor also has a much smaller refrigerant charge, 90g of R290, instead of 370g of R134a.

Embraco is ready to help ensure an environmentally friendly distribution of the upcoming COVID-19 vaccines. Hong stressed that the company has natural refrigerant solutions that will enable vaccine storage at both the normal -10°C to -20°C (14°F to -4°F), and a cascade solution for ultra-low temperature applications, like the -70°C (-94°F) the upcoming vaccine from U.S. drug manufacturer Pfizer will require.

In Southeast Asia the use of hydrocarbons is not as well developed as in other parts of the world. In Europe, China and other areas, isobutane (R600a) has become the standard in domestic refrigeration, but in Southeast Asia, Hong said, people have been sticking to R134a.

However, international producers like LG and Samsung are introducing hydrocarbon household refrigerators in countries like Indonesia, and local producers are “ready to follow,” he said. But they need to wait for local government to update energy regulations to give “motivation to the manufacturers,” as Hong expressed it. The change is happening, but it’s “not yet mainstream.”

Hong also pointed out that because Southeast Asia is importing a lot of hydrocarbons, local after-service and education need to improve, so technicians can gain the required experience handling the flammable hydrocarbons correctly.

“Honestly speaking, for most applications 150g is easily enough.” 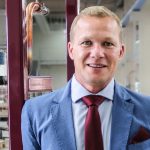 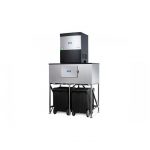