On May 9 of last year, in the culmination of a fierce, five-year debate over the amount of hydrocarbon refrigerant that can  be safely used in commercial refrigeration, the International Electrotechnical Commission (IEC) approved an increase in the charge limit for A3 (flammable) refrigerants to 500 g (17.6 oz) from 150 g (5.3 oz) in self-contained commercial refrigeration display cases.

This change – as well as a rise in the charge limit for A2 and A2L (low flammable) refrigerants to 1.2 kg (2.6 lbs) from 150 g – was incorporated into IEC standard 60335-2-89, edition 3.0. It is one of the most important advances for natural refrigerants in recent years, and sets the stage for what could be a significant rise in the adoption of hydrocarbon-based self-contained display cabinets. (See “500 g,” Accelerate Magazine, July- August 2019.)

The leader of the effort to raise the charge limits was Marek Zgliczynski, Chair of the IEC SC61C subcommittee, as well as director of research and development for Nidec Global Appliance (formerly Embraco). He is also a member of several other global and regional standardization bodies (ISO, CEN, CENELEC, UL and CANENA) and of ASHRAE.

During his long career in HVAC&R, which began in 1979, he has earned three U.S. patents and a Gold Whirlpool Quality Team Award.

The IEC charge-limit increases still need to be adopted in some form by regional standards bodies. Accelerate Magazine caught up with Zgliczynski at the AHR Expo in Orlando, Florida (U.S.) last month, and asked him for an update on the adoptions, and other hydrocarbon-related questions.

// Accelerate Magazine: CANENA, the North American standards body, is developing the new hydrocarbon charge-limit standard for the U.S. and Canada. What can you tell us about that?

Marek Zgliczynski: The CANENA WG (Working Group) 12 is meeting every month to update the equivalent UL and CSA standards. The target imple- mentation date is the end of 2021.

In the U.S., they want to include remote commercial systems, which were excluded from the charge-limit increase in the IEC 60335-2-89 standard. That’s not so much for hydrocarbons as for A2Ls, low-GWP chemicals. This would basically integrate the best of the IEC 60335-2-40 standard for air conditioners inside the commercial refrigeration standard to cover cold rooms and remote systems.

The IEC maximum threshold for flammable refrigerants is 1.2kg. But in the U.S., they may make it 4kg, which is 13 times the LFL of A2Ls.

What was proposed for discussion [in North America] was a 500g hydrocarbon charge limit for open cabinets and a 300g limit for closed cases.

// Accelerate Magazine: Europe is usually a leader with natural refrigerants. How are they progressing with a new charge limit for hydrocarbons?

Marek Zgliczynski: In Europe, CENELEC TC61 approved the new -89 standard as a new working item in December, and is working on the conver- sion of it into the EN version. Because of the IEC 60335-Part 1 updates, it was not voted in parallel with the IEC. From what I understood, CENELEC is not going to touch anything in the IEC standard. But they have to see that the standard is aligned and harmonized with all of the European directives. For example, the EN standard is intended to become a harmonized standard with the EU Machine Directive. This will take all of this year. The final vote target date is March 2021.

// Accelerate Magazine: What about in other countries?

Marek Zgliczynski: In Japan, Working Group WG3 under the Japan Refrigeration and Air Conditioning Industry Association (JRAIA) is working on a Japanese version of the IEC -89 standard. Japan is going fast, with some limitations. For example, the leakage tests will not allow more than 50% of LFL. The target date for publication is in 2020.

In Australia and New Zealand, the comment period for the new edition of the AS/NZS 60335-2-89 standard ended on February 3. The publication target date is June 2020.

Some nations, such as Brazil, have already introduced the new IEC Edition 3.0 inside their standardization system.

This article originally appeared in the March 2020 issue of Accelerate Magazine. 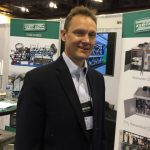 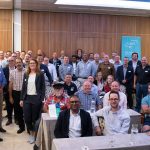