The MOP event takes place annually to consider and decide on issues put forward by the Open-Ended Working Group of the Parties (OEWGP). MOP 31 convened from November 4-8 at the headquarters of the United Nations (UN) Food and Agriculture Organization (FOA) in Rome, Italy. The preparatory segment met from November 4-6, followed by the high-level segment from November 7-8

In his opening remarks during the preparatory segment, Roberto Morassut, Italian Undersecretary of State, Ministry of the Environment, Land and Sea, stated that the Montreal Protocol is an “inspiration for a transition to a sustainable world.”

René Castro-Salazar, Assistant Director-General, Climate, Biodiversity, Land, and Water Development of FAO, stressed the urgency for countries to work together to reduce food waste, noting it would be possible for “current food production to feed the entire world if waste were eliminated.”

Here are summaries of key topics covered at MOP 31:

On November 7, Qu Dongyu, FOA Director General, highlighted the impact that the sustainable food chain can have on agriculture and food production. He reiterated that there are clear benefits to phasing down HFCs and lamented the prevalence of plastic pollution in the agriculture industry. Dongyu stated environmentally friendly practices are a necessity for the agricultural sector.

Jim Walker, Sustainable Energy for All, who moderated the discussion on sustainable cold chain development, asked panelists what actions are needed to achieve the Sustainable Development Goals (SDGs), which contribute to a sustainable cold chain. René Castro-Salazar, Assistant Director-General, Climate, Biodiversity, Land and Water Development, FAO, stressed the urgency of scaling up successful pilot projects and facilitating coordination between the UN and industry. Inger Andersen, UNEP Executive Director, stressed the creation of norms and standards and mentioned the Cool Coalition, launched in 2019.

Andersen urged parties to incorporate cold chain plans into their Nationally Determined Contributions (NDCs) for the Paris accord. Goodwin called for increasing public-private partnerships (PPPs) to facilitate industry participation, while the representative from Mexico emphasized the importance of economic incentives.

Parties were also invited to sign the Rome Declaration on the Contribution of the Montreal Protocol to Food Loss Reduction through Sustainable Cold Chain Management. As of November 8, the Rome Declaration has been signed by 76 countries, and is open for signature up until the start of MOP 32 in November 2020.

In the Declaration, the Ministers of the 76 countries stress the importance of pursuing national action and international cooperation to promote cold chain development, including by using sustainable and environmentally friendly refrigeration to reduce food loss. There is a call for strengthening cooperation between governments, the Protocol’s institutions, UN specialized agencies, existing private and public initiatives, and all relevant stakeholders to exchange knowledge and promote innovation; this would focus on energy-efficient solutions and technologies that reduce the use of Protocol-controlled substances in developing the cold chain, thereby contributing to the reduction of food loss and waste.

The Technology and Economic Assessment Panel (TEAP) Task Force on Energy Efficiency concluded that technologies to enhance the energy efficiency of air conditioning and commercial refrigeration equipment during the HFC phase down are available; countries can use market policies and incentives to increase energy efficiency during the phase down of high-GWP HFCs; international and regional cooperation is key for market transformation; and Article 5 parties can benefit from capacity building and market transformation support.

Various Article 5 countries noted that both availability of and access to efficient technologies are unevenly distributed globally. Colombia, supported by the EU and Australia, requested that international efficiency standards be developed, additional policy measures be explored, and, international cooperation and knowledge-sharing be emphasized.

The MOP requested that the TEAP prepare a report for MOP 32 that addresses any new developments with respect to best practices, availability, accessibility, and cost of energy- efficient technologies in the RACHP sector in support of the Kigali Amendment.

The meeting reported that 88 parties have ratified the Kigali Amendment to the Montreal Protocol. Armenia, Brazil, the Dominican Republic, Kenya, Sudan, Tanzania, Tunisia, and Zimbabwe said that their ratification is underway. Argentina, Guinea, Malaysia and Mozambique emphasized their intention to deposit instruments of ratification with the UN shortly.

Malaysia and Uganda asked that alternatives to HFCs be made available in Article 5 countries at reasonable and competitive prices. Cambodia, Iran, Myanmar, and Nicaragua called for more financial and technical support for ODS phase out. Argentina urged that the MLF complete the cost guidelines to fund the HFC phase down, while Indonesia and Lebanon requested more support for capacity building and technological assistance in finding future feasible alternative to HFCs.

OEWG 41 Co-Chair Laura Juliana Arciniegas counseled parties that have not yet done so to ratify.

In a November 6 side event, the United Nations Environment Programme (UNEP) Ozone Secretariat introduced its online tool for safety standards for flammable low-GWP refrigerants. The EU stressed that revised safety standards are crucial for the of the Kigali Amendment.

The topic of CFC-11 emissions was discussed in multiple sessions throughout the week. In the Scientific Assessment Panel (SAP)’s interim report, it stated that it has worked with the scientific community to address CFC-11 emissions. It noted that the estimated increase in global emissions of CFC-11 from 2014-2016 is not currently a threat to the ozone layer, and that updated measurements post-2017 suggest that the global CFC-11 emissions are declining. However, if these emissions were to continue at a sustained rate, they could pose a threat.

The future of the ozone layer

Representatives from task teams presented a “synthesis report” on the ozone layer, noting that:

The Joint 12th Conference of the Parties to the Vienna Convention for the Protection of the Ozone Layer (COP 12) and 32nd Meeting of the Parties to the Montreal Protocol on Substances that Deplete the Ozone Layer (MOP 32) will review the of the Convention and the Protocol. Dates were set for November 23-27, 2020 and Uzbekistan has offered to host the event in Tashkent, Uzbekistan. 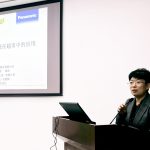 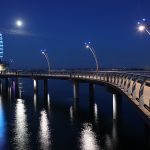