More countries are including HFC emissions-reduction measures in their Nationally Determined Contributions (NDCs), which outline their efforts to reduce national greenhouse gas emissions in response to climate change, as per the Paris climate accord.

This message was shared during a GIZ Proklima side event at MOP33 called “How to Integrate the RAC Sector into the NDCs?” held online on October 27.

In the first round of NDCs in 2015, less than half of the 192 NDCs included HFC emissions reduction, said Daniela Lassmann, Consultant at Perspectives Climate Group, a German environmental consultancy. As of October 13, 120 updated NDCs have been submitted as part of the latest round. Half of those, including the NDCs from all 27 EU member states, feature HFC emission mitigation measures such as bans on high-GWP refrigerants and taxes, Lassman added.

Moreover, two thirds of the updated NDCs include the RAC (refrigeration and air-conditioning) sector without specifying mitigation measures, Lassmann said.

“The biggest mitigation potential lies within the refrigerants by introducing low-GWP natural refrigerants, and that is why they should be part of the NDCs,”

“Through an integrated technology approach, coordinated policymaking and comprehensive financial planning, a sustainable transformation of the RAC sector is possible,” added Denzinger. “We need to bring the Paris Agreement, the Kigali Amendment and the SDGs together to achieve the maximum mitigation and make the world a better place.”

The German Climate Initiative has been funding a series of projects addressing NDC topics and providing technical assistance.

NDCs of Namibia and Seychelles

The southwestern African nation of Namibia is an example of a country that has included HFC emissions reduction in its NDC, according to Amalia Nangolo, Namibia Ozone Officer. Namibia, she said, aims to introduce climate-friendly and energy-efficient appliances by including a ban on high-GWP equipment and implementing minimum energy performance standards (MEPSs). Namibia is focused on switching from inefficient HFCs to energy efficient natural refrigerants, she noted.

Seychelles, an island nation in the Indian Ocean, also designated air conditioning and refrigeration as crucial sectors in its updated 2021 NDC. It agreed to adopt concrete mitigation measures, including MEPSs and a levy on HFCs, said Elisabeth Munzert, a representative of the German Ministry for the Environment. 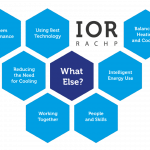 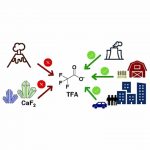