PFAN aims to “bring projects to investment-ready status and then facilitate investor introductions,” according to its website. K-CEP is a philanthropic program supporting the Kigali Amendment of the Montreal Protocol by helping to increase the energy efficiency of cooling in developing countries.

Depending on an organization’s needs and maturity, PFAN will provide services such as business coaching, ”tipping point” technical assistance, and investment forum pitch competitions.

Regions eligible in the program include: South and Southeast Asia, the Pacific Islands, Eastern Europe and Central Asia, Caribbean and Central America, and Sub-Saharan Africa.

PFAN evaluates and selects projects from the various regions on a quarterly basis and will continue to accept cooling efficient projects throughout the year. Deadlines for 4th Quarter Evaluation Rounds will be communicated in September.

PFAN and K-CEP are looking for projects that are commercially viable, seeking investment of between $1 million and $50 million, and offer substantial greenhouse gas (GHG) reductions via low-GWP refrigerants and improved energy efficiency.

The program is also open to other cooling solutions such as building design, cold chain technologies and super-efficient fans.

We are particularly interested in supporting projects offering cooling as a service.”

According to PFAN, it has worked with hundreds of projects around the world, raising over $1.4 billion in investment.

PFAN is hosted by the United Nations Industrial Development Organization (UNIDO), and the Programme is executed in collaboration with the Renewable Energy and Energy Efficiency Partnership (REEEP). 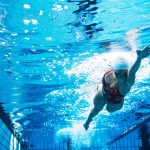 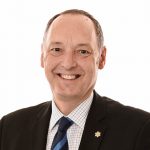 ‘Coolest Day of the Year’ Off to a Great Start, Celebrated in 153 Countries