A new report produced by the Natural Resources Defense Council (NRDC) and Climate Finance Advisors describes four models by which the development and implementation of efficient HVAC&R cooling systems could be financed.

The report, supported by the Kigali Cooling Efficiency Program (K-CEP), comes at a time of considerable interest in efficient cooling as part of a strategy to reduce greenhouse gas emissions that includes the phase-down of high GWP refrigerants.

For example, K-CEP is a philanthropic collaborative that works with the Kigali Amendment to the Montreal Protocol to help developing countries transition to energy-efficient, climate-friendly, and affordable cooling solutions.

Another initiative, Global Cooling Prize, will award US $1 million for the development of residential cooling technology that has a climate impact at least five times lower than current standard room air conditioning units. Also, the World Bank launched an initiative this year to accelerate the uptake of sustainable cooling solutions.

The NRDC/Climate Finance Advisors report – called “Discussion Paper: Architecture & Financing Models for Efficient Cooling Alongside the Montreal Protocol,”  recognizes “the proven institutional machinery of the Montreal Protocol” that is working to phase down HFCs via the Kigali Amendment. However, cooling  efficiency, it notes, “has no equivalent international institution or fund dedicated to it; it is but one of many issues on the agendas of the multilateral climate funds.”

Support for cooling efficiency has therefore been provided mostly in an “ad hoc, uncoordinated manner, failing in particular to capitalize on the Montreal Protocol’s work phasing out ozone depleting substances (ODSs) from appliances whose energy use is significant,” the report said.

The report reviews the initiatives of the Montreal Protocol and climate finance communities that offer precedents for a cooperative cooling efficiency program. It then describes four generic arrangements, or models, for collaboration among institutions.

The report described the strengths and weaknesses of each model.

The report offers several next steps to “get an efficient cooling program off the ground”: stakeholders should identify “the challenges to be addressed and solutions available”; funding should be allocated to support development of a plan; and pilot programs should be developed to provide “the evidence base for a major cooling efficiency program.”

One or a combination of these models may be deployed to enhance energy efficiency alongside the work of the Montreal Protocol.” 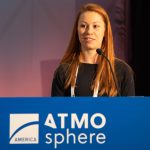 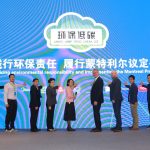