In a study published in the Oct 11 issue of the journal Science, an international team led by researchers at The University of Texas (UT) at Dallas and Nankai University in China has demonstrated “twistocaloric” refrigeration via twisting materials as diverse as natural rubber and ordinary fishing line.

For the past three years, Dr. Ray Baughman, Director of the Alan G. MacDiarmid NanoTech Institute at UT Dallas (Dallas, Texas, U.S.) has been working with Dr. Zunfeng Liu, a Professor in the State Key Lab of Medicinal Chemical Biology in the College of Pharmacy at Nankai University in Tianjin, China – and a team of 28 other researchers.

“Refrigeration contributes greatly to global warming, and the efficiency of refrigerators, after many decades of research, is only about 60%,” explained Baughman. “Yet in only three years, we’ve shown an efficiency of 67% by simply twisting rubber. It’s very promising.”

Baughman worked in industry for 31 years before becoming a professor. He currently holds over 99 patents in the U.S. alone and various other foreign ones as well.

He explained that a team member first observed twistocaloric cooling when building a platform in which a slender, coiled polymer-fiber artificial muscle lifted a person. His research teams previously developed artificial muscles made by tightly twisting and coiling fibers that range from carbon nanotube yarns to ordinary nylon thread and polyethylene fishing line.

How does it work?

Stretching a rubber band heats the rubber and releasing the stretch cools it; this process is called elastocaloric cooling. Other solid substances that can be cooled include electrocaloric and magnetocaloric materials, which cool via changes in electric and magnetic fields, respectively. “This elastocaloric behavior of natural rubber has been known since the early 1800s. But to get high cooling from a rubber band, you have to release a very large stretch,” Baughman said. “With twistocaloric cooling, we found that all you have to do is release the twist.”

In the current work, the scientists stretched rubber fibers, then twisted them until they not only coiled, but also “supercoiled.” Fast release of just the twist resulted in surface temperature cooling of 15.5°C (27.9°F). Releasing both the twist and the stretch from the rubber produced even greater cooling of 16.4°C (29.5°F).

The best-performing material the team tested, Liu said, was nickel titanium (also known as nitinol) wire, an elastic alloy that’s been used in medical devices and implants. A single twisted nitinol wire could produce a cooling effect of 17.2°C (31°F); adding three more wires to the mix eked out a few more degrees of chill. In an experiment, the team bundled up three of these nitinol wires in a small chamber and flowed water over them. As the wires untwisted inside the tiny refrigerator – or “twist fridge,” as they called it – they cooled, bringing down the temperature of the surrounding fluid as well. This bundle of nitinol wires, weighing about 0.6g (0.02oz), lowered the temperature of a teaspoon or so of water by around 5.6°C (10°F) in a single, 30-second cycle, according to Liu.

That’s not much water, and the technology is still in its infancy. According to Baughman, the team has only scratched the surface of what is possible with this technology. “With more tinkering, our discovery could someday provide an alternative to traditional cooling systems, which, in addition to consuming fossil fuels, produce gobs of greenhouse gases and account for about 20% of global electricity consumption.”

In another set of experiments, they coated different types of fibers with thermochromic paint, which changes color in response to temperature variations produced by twisting fibers or stretching coiled fibers. Such fibers could be used for remotely readable sensors of strain and twist, as well as for color-changing textiles for clothing.

But the timing for commercialization of the technology is still to be determined. “Many challenges and opportunities exist on the path from these initial discoveries to commercializa- tion of twist fridges for diverse large- and small-scale applica- tions,” Baughman said. “Among the challenges are the need to demonstrate refined devices and materials that provide appli- cation-targeted cycle lifetimes and efficiencies by recovering part of the inputted mechanical energy.” The opportunities include using performance-optimized twistocaloric materials, rather than the few presently studied commercially available candidates, he added.

A replacement for vapor compression ?

According to Baughman, this new technology has the potential to replace all vapor compression refrigeration systems, eliminating the need for refrigerant gases completely.

Interestingly, as part of Baughman’s research on the artificial muscle, his team has also been looking at comfort-adjusting clothing that focuses on cooling the person, rather than the whole room.

According to Baughman, he and his team have been inundated with inquiries into the technology since the article in Science came out. He said that they are still trying to decide which direction to take this in – whether to start a consortium or to license the technology to a company (or two) for commercializing it.

The team will continue with this research, with the work at UT Dallas supported by the Air Force Office of Scientific Research, The Welch Foundation, and the National Science Foundation. 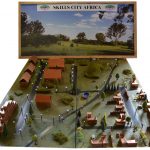 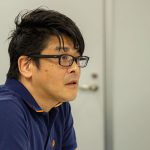