The international model code bodies, which oversee safety standards for refrigeration and other systems, develop their codes well in advance of adoption, and are currently working on the 2021 editions.

At the IIAR Natural Refrigeration Conference & Expo, held in Phoenix, Ariz., March 4-6, Jeff Shapiro, president of International Code Consultants, and a code consultant for IIAR, offered an update on progress toward 2021 codes.

IIAR has had a great deal of success getting its ammonia standards adopted, not only by in ASHRAE-15, but by model code organizations.

In the case of the IFC, IIAR-2 is now equivalent, not subordinate, to ASHRAE-15, noted Shapiro, adding that he plans to get rid of any regulation of ammonia refrigeration in the 2024 edition.

Some changes in the 2021 IFC pertaining to refrigeration include: stationary fire extinguishers are waived for warehouses primarily accessed by forklifts and powered trucks, if the forklifts and trucks are equipped with the extinguishers.; emergency pressure control systems are only required for machinery rooms; and atmospheric release evaluations no longer require fire and environmental evaluations. 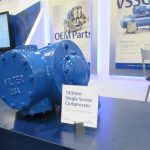 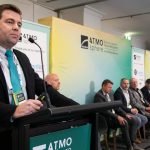