In reversal, IEC Approves Increase of Charge Limit for Flammable Refrigerants to 500 g, Setting Stage for Wider HC Use

The announcement reverses the rejection of the charge-limit increases announced on April 12 following voting by the IEC National Committees. The reversal resulted from a procedural error in the vote cast by Malaysia. The exclusion of the Malaysian vote reduced the negative vote total to eight (22.9%), which made the overall vote a positive one, thus approving the increase in the charge limits for A3, A2 and A2l refrigerants.

On its website (https://bit.ly/2UeBdZa), where the complete voting by National Committees is shown, the IEC noted that the vote by Malaysia “is rejected due to lack of justification statement.”

“EIA is delighted that this extremely important revised standard is going forward, and congratulates the IEC for reacting swiftly to the procedural mistake that initially led to an incorrect rejection of the vote,” said Clare Perry, U.K. climate campaign leader for the Environmental Investigation Agency (EIA).

“The safe application of flammable refrigerants like propane is fundamental to effective implementation of urgent climate legislation, namely the global HFC phase-down under the Montreal Protocol’s Kigali Amendment and Europe’s F-Gas Regulation,” Perry added. “This standard will pave the way for the widespread uptake of efficient and cost-effective climate-friendly commercial refrigeration, and sets the scene for a similar much-needed changes to product standards for air-conditioning.”

On Monday, the Geneva, Switzerland-based IEC Central Office said in response to queries about the Malaysian vote that it would withdraw the result of voting on FDIS 60335-2-89 and circulate a corrected version as a result of a misapplication of IEC voting rules to the negative vote by Malaysia.

The original FDIS (Final Draft International Standard)  – the final step in a five-year process that addressed the charge limit standard – fell just one-third of a vote short of being approved in the final tally on April 12. Out of 35 total votes cast by National Committees, nine (25.7%) voted against; for the proposal to be enacted, the opposing votes could not exceed 25%.

However, IEC concurred that the vote of the Malaysian National Committee was accompanied by comments flagged as ‘editorial’ in the ‘type of comment’ column, and as such should be excluded from the vote count.  According to IEC rules, negative votes must be accompanied by “technical” reasons to be counted. That reduced the negative vote total to eight, which enabled approval.

“To my knowledge, this is the first time that such a situation has arisen in the long history of the IEC,” which was formed in 1906, said F.W.P. Vreeswijk, IEC general manager and CEO.

“As this situation has shown ambiguities and challenges in the implementation of the IEC Directives, the procedure will be discussed at the next SMB [Standardization Management Board] meeting, which will be held on 17 June 2019, to further improve the robustness of our processes,” Vreeswijk added.

IEC standards serve as a model for individual countries to enact as their own standards. Adopting a 500-g charge-limit standard in commercial display cases would widen the use of hydrocarbons by allowing a single circuit to be employed in larger cabinets, rather than multiple circuits using no more than 150 g of refrigerant.

An amendment to the 60335-2-89 standard with a higher charge for flammable refrigerants has been in development since 2014, when SC 61C created a Working Group (WG4) to address raising the charge limit. In July of 2018, the National Committees voted 75% in the affirmative (surpassing the two-thirds minimum) to increase the charge limit in an interim procedure called the committee draft for vote (CDV).

The voting on the charge limits included participating (P) members (countries) on the IEC’s subcommittee (SC) 61C, which was responsible for the development of the proposed charge limit, as well as observer (O) members. Malaysia is a P-Member. (In a separate vote by only P-Members, the proposal passed by a 70.8% vote (which increased to 73.9% in the recount), surpassing the two-thirds minimum required.)

P-Members are obliged to vote at all stages and to contribute to standard development, while O-Members follow the work, receive committee documents and have the right to submit comments. O-Members also attend meetings and can vote.

The safety of flammable refrigerants has been a concern for the U.S. and Japan, both P-Members, though risk assessments showed that the requirements for the higher charge made it safer than the current 150-g charge limit. 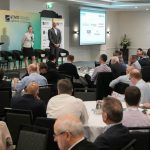 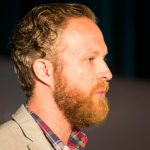