This is Part 5 of a six-part series detailing how the use of natural refrigerants has grown around the world, taken from the cover story of the June 2019 edition of Accelerate Magazine.

Like Europe, Japan played a key role in the early development of modern natural refrigerant-based technology.

In 1993, Japanese component maker Denso collaborated with Norwegian CO2 pioneer Gustav Lorentzen to develop a CO2-based mobile air conditioner (MAC), which led to the adoption of CO2 MAC by companies like Daimler. It also resulted in the first widespread commercialization of a natural-refrigerant product, the Eco Cute heat pump water heater, introduced by Denso in Japan in 2001. The Eco Cute’s success has spawned a host of CO2 heat pumps marketed by several Japanese firms, including Mayekawa and Sanden. As of June 2018, total sales of Eco Cute units in Japan exceeded six million.

Starting in 2010, Lawson had 642 stores using CO2-based refrigeration equipment (mostly condensing units supplied by Panasonic) by August of 2015,, and continued a rapid rate of adoption. At the ATMOsphere Japan 2019 conference in February, Lawson announced that it operated more than 3,200 CO2 stores and expected to exceed 4,000 by the end of February 2020.

Though natural refrigerants have yet to make major inroads into the supermarket sector in Japan, the cold storage and food processing sectors have taken significant steps towards implementing the technology.

For example, Yokohama Reito — one of Japan’s leading food distribution and cold storage companies — announced in 2001 that its new facilities would use only natural refrigerant systems.

In February of 2018, Yokohama Reito announced that it had installed both NH3/CO2 cascade systems and CO2 condensing units at its new Tokyo Haneda Distribution Center located on Keihinjima island in Tokyo – Japan’s single largest freight hub. The installation marked the first time the company installed a CO2 direct expansion system.

“As a part of our corporate social responsibility strategy, we continue to promote the elimination of the use of f-gases in our business,” a Yokohama Reito spokesperson said last year.

Japanese technology suppliers are also recognizing the potential for significant CO2 adoption in industrial refrigeration applications, with several new CO2 solutions debuting in the country over the past few years.

In September of 2017, Japanese OEM Nihon Netsugen Systems shook up the market by announcing its lineup of CO2 transcritical condensing units aimed at the industrial refrigeration market. The company then publicly unveiled the systems at the International Food Machinery & Technology Exhibition (FOOMA JAPAN) exhibition in June 2018.

Most recently, Panasonic made a splash when it announced the development of an 80-HP transcritical CO2 rack system aimed at the industrial sector.

The company unveiled the system at the China Refrigeration 2019 exhibition held in April and said that the unit was headed to Japan for field testing this summer.

Hydrocarbon-based technology has long been thought of as too big a stretch for Japan’s traditionally conservative industry, which has a strong focus on stringent safety standards.

Despite this, certain pioneers still see an opportunity for propane systems to win end users through R290’s proven energy efficiency and flexibility.

One of the biggest developments in recent years was the entrance into the Japanese market by Freor, one of the largest European suppliers of hydrocarbon technology.

The Lithuania-based OEM partnered with Japanese firm Nihon Netsugen Systems to introduce hydrocarbon water-loop technology in Japan for the first time at this year’s Supermarket Tradeshow 2019 exhibition, which was held in February.

The move, according to Katsuhiko Harada, president of Nihon Netsugen Systems, is just the first step towards educating the Japanese market about the potential for this technology to replace traditional systems in Japan.

“Once we explain the functionality of the water-loop system and the showcases with built-in R290 compressors, people are really surprised and think that it is a kind of revolutionary application,” Harada said, explaining the reaction to the system by participants at the exhibition.

Harada said he hopes to have the first two-to-three stores install the system in Japan this year.

We already know that if the size and performance of natural refrigerant systems are the same compared to Freon systems – and if we can solve the initial cost barrier – we are ready to implement it. – Shigekatsu Koganemaru, Yoshio Ice Manufacturing & Refrigeration

Subsidies, though not seen by the industry as a long-term solution, have played an important role in helping end users take their first steps toward installing natural refrigerant technology in Japan.

“We already know that if the size and performance of natural refrigerant systems are the same compared to Freon systems – and if we can solve the initial cost barrier – we are ready to implement it,” said Shigekatsu Koganemaru, president of Yoshio Ice Manufacturing & Refrigeration, a cold storage operator, at ATMOsphere Japan in 2018.

The subsidies provided by Japan’s Ministry of Environment for natural refrigerant installations in the commercial and industrial sectors will continue into the 2019 fiscal year (ending March 31, 2020) with a 7 billion yen ($65 million) budget.

This is Part 5 of a six-part series detailing how the use of natural refrigerants has grown around the world, taken from the cover story of the June 2019 edition of Accelerate Magazine. 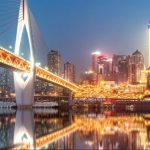 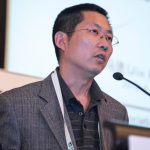