While transcritical CO2 systems are seeing increased penetration into the cold storage industry in Japan, other sectors such as beer brewing, margarine production, and ice making are also beginning to adopt CO2 systems, according to Japanese OEM Nihon Netsugen Systems.

“We are really starting to see a wide range of applications for transcritical CO2 systems in Japan now,” said Katsuhiko Harada, president of Nihon Netsugen Systems during the FOOMA Japan 2019 exhibition, which was held in Tokyo from July 9-12.

We are really starting to see a wide range of applications for transcritical CO2 systems in Japan now.”

FOOMA Japan (short for the International Food Machinery & Technology Exhibition) is one of Asia’s largest exhibitions for food machinery and food processing technologies.

Nihon Netsugen Systems is based in Tokyo and manufactures its own line of transcritical CO2 refrigeration units named “CO2 Booster Super Green” systems at its factory located in Shiga, Osaka.

Harada said that he has several ongoing projects with companies such as Asahi Breweries, which makes one of Japan’s most well known lagers, along with margarine production facilities and packaged ice manufacturers.

“If you buy an iced coffee for example, the cup and ice are already prepared. This and other rock ice products are an important industry and it is here where we have a new CO2 project.”

“These companies used to use freon or ammonia,” Harada said, “but now they are switching to CO2.”

In February, during ATMOsphere Japan 2019, Harada announced that the company had so far installed over 120 of its “CO2 Booster Super Green” systems throughout Japan since production first began in December 2017.

Over the next year, the company expects to install 60 more units, Harada said during the FOOMA exhibition. 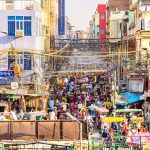 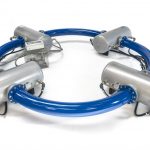 Turning Heat Into Sound Into Cold with Thermoacoustics