The Japanese government on May 29 approved and passed a draft bill outlining measures to tighten regulations on f-gas recovery in Japan, according to Japanese publication Fukui Shimbun.

The bill was first proposed at an advisory council of experts hosted jointly by Japan’s Ministry of Environment (MOE) and Ministry of Economy, Trade and Industry (METI), in January 2019.

Implementation will begin in 2020 “after discussions with each prefecture,” Fukui Shimbun said.

The measures in the draft bill include “imposing a fine on every violation of the law and banning waste disposal firms from dealing with products without HFC recovery certificates,” according to an editorial published by The Asahi Shimbun in January.

The editorial entitled, ‘Japan needs to heat up efforts to slash harmful emissions‘, referenced the January meeting and discussed the challenges with f-gas recovery in the country.

The total f-gas recovery rate per year has never exceeded 40% since 2002.

The Asahi Shimbun also highlighted the fact that refrigerant recovery and disposal can only partially contribute to Japan achieving its HFC phase-down targets — with natural refrigerants also playing a key role.

“Achieving the target of an 85% cut by 2036 requires replacing HFCs with climate-friendly alternatives,” the article stated.

“There are various natural refrigerants that are drawing growing attention as possible substitutes for HFCs, including ammonia, CO2, hydrocarbons, air and water.” 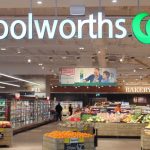 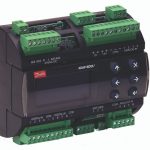