In a statement released on December 1, Japanese OEM Mitsubishi Heavy Industries Air-Conditioning and Refrigeration (MHI) announced the addition of an 80HP model to its lineup of C-Puzzle CO2 (R744) condensing units.

The unit will go on sale only in Japan in the summer of 2021.

The development of the 80HP model responds not only to the “rising demand for larger-capacity refrigeration systems [in the cold storage sector], but [will] also expand the range of applications beyond refrigerated storage to further include food freezing and ice making,” the statement said. The 80-HP system targets the food manufacturing industry, said Taichi Kayama, a manager for MHI’s low temperature food sales and engineering division.

The company subsequently launched its 40HP CO2 system in December 2019, with sales beginning this past summer.

Most of MHI’s 10- and 20-HP CO2 systems are being used in cold storage facilities, Kayama saidlast year.

Like the 80HP unit, the 40-HP system targets the food manufacturing industry. 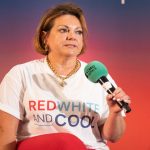 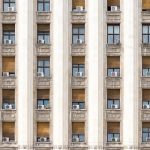 Cooling in 2021: Who Will Win the Global Cooling Prize?