The annual Accelerate Japan awards, which were presented for the third time, recognize people and organizations that excel in advancing natural refrigerant technologies in the Japanese market. The winners were selected by shecco and awards were presented in a special ceremony during the online conference.

This year’s winners were selected for the following accomplishments:

German retailer Metro AG, parent company of Metro Cash and Carry Japan, has led the international food retail industry in its long-term strategic introduction of natural refrigerant systems and phase out of f-gases. In Japan, the company has been the driving force behind the introduction of propane (R290) plug-in showcases. In addition, the company has been proactive in its communication and sharing of best practices and case studies publicly with the industry.

Yokohama Reito, a Japanese refrigerated warehouse and food sales company, has adopted natural refrigerant systems in close to 60% of its facilities in the country. In addition to also being proactive in its communication and sharing of best practices and case studies publicly with the industry, the company has actively adopted natural refrigerant systems from a wide range of manufacturers in order to promote competitive growth in the sector.

Since the 1990’s Japan’s Save the Ozone Network (also referred to as JASON), a non-profit organization, has been actively involved in dealing with issues related to freon gas emissions in Japan. The group is engaged in a wide range of public awareness campaigns and government lobbying. Most recently, the group launched its “Stop Freon” webinar and online and offline video production activities (viewable here in Japanese). 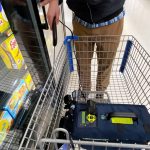 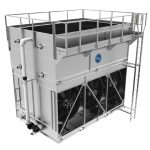