NevadaNano, a U.S.-based manufacturer of gas sensors, is partnering with Accelerate Japan (AccelerateJapan.com) to raise awareness in the Japanese market about its microelectro mechanical systems (MEMS)-based gas sensors, which can be used to detect natural refrigerants such as CO2 (R744), propane (R290) and isobutane (R600a).

Accelerate Japan is a sister outlet to this website, both published by shecco.

NevadoNano, based in Sparks, Nevada (U.S.), makes gas sensors that are widely used in the global mining industry as safety devices to detect flammable gases as well as CO2.

Accelerate Japan spoke with Ralph Witten, President and CEO of NevadaNano, to learn more about what makes its sensors unique and his view on the HVAC&R industry globally and in Japan.

// Accelerate Japan: What is the main difference between NevadaNano’s refrigerant gas sensors and other gas sensors in the market today?

Ralph Witten: The main difference is that we use MEMS (microelectro mechanical systems) as opposed to catalytic beads or non-dispersive infrared sensing elements. The primary advantage is that the MEMS device is an inert substance so it does not interact with the chemicals it senses. The main result is a significant advantage in terms of resistance to poisoning and very low long-term drift. This eliminates the need for calibration or replacing sensors for more than 10 years!

// Accelerate Japan: How do you view the market for your technology in the HVAC&R sector today?

Ralph Witten: In the United States, 2021, 2022 and 2023 will see the dramatic expansion of a new market for refrigerants with low global warming potential. The EU and Japan are already well into the switch. North America, with California leading the way, has plans for strict adoption which will require the use of a high-performance sensor with long lifetimes. This will be a big opportunity. In the Middle East, Africa and Asia, the markets for natural refrigerants like propane and CO2 will begin and we have sensors for those target gases.

In the spirit of reducing global warming, our methane gas sensors are in the early stage with alpha customers. With 80 times the global warming effect of CO2, this is the next frontier for us. Until now sensors with low parts per million (PPM) levels have not been available, but we are now in the alpha sampling phase with oil and gas companies and are looking for many more commercial trials in 2021 and volume ramping in 2022.

// Accelerate Japan: How long has NevadaNano been active in Japan?

Ralph Witten: We have only been active in Japan for two years with customers in the safety equipment markets. We are using Accelerate Japan to do our initial awareness campaign in Japan to let manufacturers know about our highly reliable sensor for natural refrigerants – both for flammable A3 gases like propane or R290 and also for the non-flammable A1 gases like CO2. 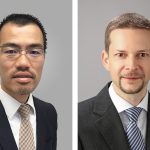 Güntner on its Shift to Digital Communication During COVID-19 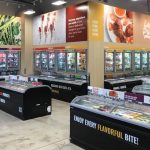