Italian CO2 refrigeration system manufacturer SCM Frigo (a subsidiary of Swedish manufacturer Beijer Ref) has signed a sales partnership agreement with a Japanese company that has not been named, an SCM Frigo representative has confirmed.

On Saturday, August 29, the company posted this image of the first of three transcritical CO2 refrigeration systems arriving in Japan.

This officially marks the first time SCM Frigo has entered the Japanese market. More information about the project and the partnership is expected in the coming weeks.

SCM Frigo, based outside Padua, Italy, is one of Beijer Ref’s fastest growing subsidiaries. The company has invested approximately €10 million (about US$11 million) in a new production facility of approximately 13,000m2 (139,931ft2). Construction of the facility began in late 2019 and is expected to be completed by the end of 2020.

Due to the European F-gas regulation, we expect the market for environmentally friendly refrigeration systems to continue to be strong over the next five to 10 years,” 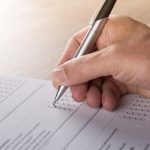 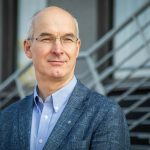