Japan played a key role in the early development of natural refrigerant-based technology, and that is something Professor Kiyoshi Saito is very proud of.

Saito, a leading authority on natural refrigerants in Asia, is a Professor in the Department of Applied Mechanics and Aerospace Engineering at Waseda University in Tokyo. He is also Director of the Waseda Saito Lab, where he conducts research and development in the field of system dynamics and control for HVAC&R systems such as heat pumps, desiccant systems, and absorption chillers.

He will serve as conference chair for the 14th IIR-Gustav Lorentzen Conference on Natural Refrigerants (GL2020), which will be held in December 2020 in Kyoto, Japan.

In this interview with Accelerate 24, Professor Saito offered his perspective on the current state of natural refrigerant technology in Japan and Asia, as well as what he is looking forward to at next year’s GL2020 event.

// Accelerate24.news: In which areas have you seen the most progress with natural refrigerant adoption in Japan over the past few years?

Kiyoshi Saito: Amid growing interest in global-warming countermeasures, in 2015, the Plan for Global Warming Countermeasures and the Fluorocarbon Emission Control Law was enacted, requiring equipment that uses  refrigerants  with  low  GWP for reducing CO2 emissions.

In the following few years, the use of natural refrigerants in Japan is expected to be as follows:

Domestic heat pump water heaters that use CO2 as a refrigerant (such as EcoCute) are systems that can significantly reduce energy consumption in the field of hot water supply, which accounts for about one-third of the energy consumed at home. Since being commercialized for the first time in 2001, this system has experienced a large dissemination, and as of the end of June 2018, cumulative shipments exceeded 6 million units. Based on the long-term energy supply and demand outlook established in 2015, the goal is set to reach 14 million operative units by fiscal year 2030, while achieving further efficiency improvement and demonstration plants linking this technology with photovoltaic power generation (PV).

Equipment using CO2 as a refrigerant has been commercialized by Panasonic and Mitsubishi Heavy Industries Thermal Systems. Currently, there are several installations taking advantage of government subsidies. Further developments of this technology aim at reduction of the initial cost and efficiency improvement.

The widespread use of natural refrigerant equipment in the near future is also expected to be in vending machines, industrial heat pumps, and low-temperature refrigerators.

Kiyoshi Saito: In Japan, the use of hydrocarbons is expected to become more common. However, in Japan, hydrocarbons are restricted by the High-Pressure Gas Safety Law, and there are restrictions on the amount of refrigerant that can be charged within the system. Even if the restriction on the refrigerant charge is loosened, it is still likely that systems using hydrocarbons would be required to undergo a risk assessment.

Japan, which has released the world’s highest quality and safest equipment, is presently promoting the use of these refrigerants upon the establishment of reliable risk assessment procedures. This is because people’s safety comes first. Indeed, I am worried about the ease with which some systems may introduce hydrocarbons in other countries.

In Japan, this technology has already been introduced in refrigerators for domestic use and is also being adopted in hybrid heat pump water heaters. We believe that it will be integrated with refrigerated display cabinets as well.

// Accelerate24.news: What are you most excited about for this upcoming GL2020 conference?

// Accelerate24.news: Is there anything special planned? 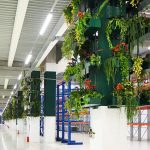 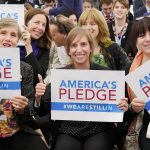