The innovation represents a new opportunity for end users such as department store retailers to employ natural refrigerant systems, especially those located in densely populated Tokyo neighborhoods, where space is always limited.

While Tokyu Department Store aimed to use natural refrigerant equipment, the space restrictions and the underground location of the food sales area meant that the conventional CO2 air-cooled condensing unit type system was not seen as a viable option.

So Tokyu Department Store worked with Japanese OEM Panasonic and Japanese refrigeration installer Hama Refrigeration Industries to design and install CO2 plug-in showcases that would be cooled by a water loop. The cooling tower is located outside on the 13th floor. Tokyu Department Store chose to forego using subsidies for this project due to a tight construction and delivery schedule.

Tokuo Sato, Director of Hama Refrigeration Industries, said that in addition to preventing waste heat from being released on the sales floor, water- cooled systems are a good option for commercial facilities with limited space, and help businesses transition away from synthetic refrigerants.

“Several major department stores have called for water-cooled CO2 showcases,” said Sato. “Looking ahead, it is better to transition away from fluorocarbons now rather than half-way through with low- GWP refrigerants such as mixed fluorocarbons.” 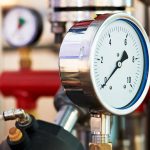 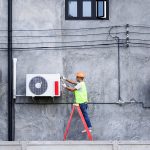