Colombia intends to leapfrog over “transitory” refrigerants – those with a GWP of 1000-2,500 – to natural refrigerants, said Edwin M. Dickson, with Columbia’s Ozone Technical Unit, Sectorial and Urban Environmental Affairs Directorate, Regulation and Standards.

For example, the nation’s national strategy for supermarkets focuses on projects using CO2 and propane (R290) as refrigerants, Dickson said. The strategy for the industrial sector is at the moment focused on rural areas switching to R290.

He noted that Columbia’s biggest hurdle is addressing the safety and knowledge factorsneeded to make the switch to natural refrigerants. To that end, the nation is focused on giving more information to technicians, addressing safety standards, assessing risk, and improving the training in the sector a whole.

Technicians in Columbia also specialize in handling a specific refrigerant. This is done through national training centers that train both technicians and teachers/instructors.

Shifting to NatRefs in Costa Rica

“Costa Rica has made a shift to natural refrigerants; this is something the government and other organizations support,” said Hernandez. However, he noted, training, incentives, and safety/operational requirements are hurdles to overcome.

Hernandez noted that several parts of the Costa Rican government work together to reduce emissions in the HVAC&R sector by controlling imports, specifying tolerable emission levels, encouraging the import of more efficient equipment. This is done in conjunction with the private sector, training centers and universities, as well as international actors such as GIZ (the German development agency) and the United Nations Development Programme.

Costa Rica has spent two years developing national standards that were previously lacking in the HVAC&R sector. These standards, based on international standards already in place, are currently voluntary, but are moving to being mandatory, said Hernandez.

By 2050, Costa Rica plans to have a green economy with zero net emissions, he said.

A successful project involving three supermarkets – run by by two of the three largest chains in the country – introduced CO2 transcritical technology to Chile, said Lorena Alarcón Reyes, Consultant in the Ozone Department of the Office of Climate Change in the Chilean Ministry of the Environment.

The project resulted in reduced GHG emissions, energy savings of 20%, improved technical knowledge nationwide, and an improved public image for the supermarkets, she said.

“Having the support of national bodies and international organizations is key, as well as working with the [companies] through the development of the project,” Reyes said. This, she added, will help replicate projects like thisthroughout the country. However, she warned that norms must be updated and that myths about new technology need to be dispelled.

Chile’s regulations are based on international agreements (Montreal Protocol, Kigali Amendment, Vienna Convention) as well as Chile’s own national ozone law, which was created in 2006.

The law has been updated over the years to label HFCs as a controlled substance, govern import quotas, create incentives for companies, create a registry of controlled substances and importers/exporters, establish best practices, and create certifications based on evaluated competencies.

In the Q&A portion of the session, all three speakers agreed that the creation and dissemination of national norms, along with improved training, would allow more natural refrigerant technology to be used. 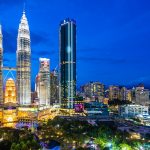 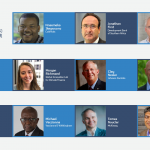