Ormand Beach, Fla.-based M&M Systems, a wholly owned division M&M Refrigeration, has announced a partnership with Banyan Hills Technologies, an Internet of Things (IoT) company, that has resulted in a software solution for the industrial refrigeration industry.

M&M Systems will be officially launching the new software at the Global Cold Chain Expo (GCCE) in Chicago, from June 10-12.

The increased transparency and access to data “will allow facility owners and operators to maximize efficiencies as well as respond to safety events faster than ever before,” M&M Systems said. “M&M Pulse can be integrated in one facility or across hundreds; it is an effective way to centralize data and accurately understand the Key Performance Indicators (KPIs) that are most important.”

“We have been in the controls business for 29 years, so we truly comprehend what the end user needs to run their facilities smoothly,” said Chad Riedel, president of M&M Refrigeration.

M&M designs, builds, manufactures and services industrial refrigeration equipment and control systems for cold storage, food processing and other industrial applications. A pioneer of ammonia/CO2cascade systems, it had installed them at more than 65 locations worldwide as of last year. In January 2018, M&M introduced a line of low-charge ammonia packaged systems called Pure Refrigeration. 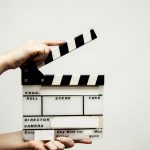 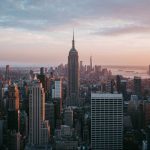