Sure Chill, a Cardiff, Wales-based technology company, has secured a £4 million (US$5.2 million) investment to accelerate the development of new applications for its successful R600a vaccine-cooling technology for on- and off-grid applications.

The company is working on adapting the technology with commercial partners in the retail, home and logistics sectors, including some of the world’s largest brands. “Sure Chill is exploring opportunities to scale the tech from refrigerator to cool box to warehouse,” explained Nigel Saunders, Sure Chill CEO, who added that the company has already doubled its team in the last three months with team members in China, U.S. and the U.A.E.

The company is also looking at the beverage market and says that even data centers can benefit from its sustainable technology. In addition, medical logistics, agri-tech and animal vaccines are “all areas where Sure Chill can make a real difference,” Saunders said.

Sure Chill (U.K.) is one of five manufacturers of SolarChill A vaccine coolers. The SolarChill project, co-conceived in 2000 by the United Nations Environment Program (UNEP) and Greenpeace, has offered the technology to interested manufacturers worldwide.

The additional funding, from investor and brand builder The Garage Soho and Africa-focused capital manager Novastar Ventures, brings Sure Chill’s total fundraising to over £10 million (US$13 million).

“This investment, coupled with the work Sure Chill is doing with its strategic partners such as UNICEF, World Health Organization, DFID [Department for International Development], and the Shell Foundation, means it will be able to roll out this life-changing technology to billions around the world and have a profound impact on the well-being of the planet,” said Saunders.

Sure Chill can be used for active and passive cooling. It harnesses a unique property of water to enable continuous cooling from inconsistent power, meaning countries where electricity is sporadic can still benefit from consistent cooling via solar or grid-powered devices, said Saunders. “Some of the Sure Chill devices used by hospitals around the world can stay cool for two weeks without power.”

The company launched its first product, a medical refrigerator, in 2011. It has since marketed its products in 49 countries. It has also created a passive cooling device that can stay cool for 30+ days in high ambient temperatures, in partnership with the Bill and Melinda Gates Foundation.

“For 1.2 billion people who live off-grid and have no access to power, refrigeration hasn’t been a reality until now,” said Saunders. “By storing energy within cooling devices, we can provide life-saving and life-enhancing technology in regions with frequently interrupted power – or no power at all – unlocking the life changing benefits of domestic refrigeration.”

“Some of the Sure Chill devices used by hospitals around the world can stay cool for two weeks without power.” 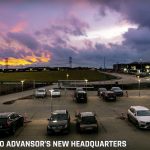 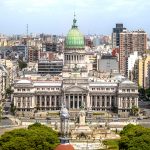