New Leadership For Panasonic in China

As of 1 April, Panasonic Senior Managing Executive Officer Tetsuro Homma will become the CEO of the company’s newly established China and Northeast Asia business division, according to Panasonic’s website.

The move could signal an increased push by Panasonic for natural refrigerant uptake in both regions.

Homma previously served as president of Panasonic Appliances Company, where he oversaw much of the uptake of Panasonic’s CO2 condensing units in Japan over the past decade.

“The last three or four years for us have been an experimental stage to prove that CO2 should be a mainstream, next-generation refrigerant technology,” Homma told Accelerate America in an interview conducted in 2016.

“And now we have confidence that CO2 has the potential to be the most popular technology in this industry. So we’ll start to market not only in Japan and other Asian countries, but also Europe and the United States.”

Over the past two years, Panasonic has made significant progress in this respect under the leadership of Shigeru Dohno, who has served as managing director in the food retail equipment business division of the Panasonic Appliances Company since 2017.

During this time, Panasonic has significantly accelerated its marketing of CO2 systems in China.

In July of last year, CSF Market opened its doors in Beijing. The store was the second store in China to install a transcritical CO2 system. The system was supplied by Panasonic.

Meanwhile, the company is accelerating the manufacture of CO2 systems in China as well.

“Regarding the larger industrial-sized systems, we have a manufacturing and R&D facility in Dalian, China,” Dohno told this website last October.

“This Dalian facility makes several types of big rack system and has also succeeded in developing a rack-type CO2refrigeration system. So, our current plan is to introduce and propose these CO2 rack systems to cold storage warehouses by utilising our products in Dalian.”

With Homma now at the helm of Panasonic’s newly established China and Northeast Asia business division, it seems this progress will not slow as China remains the number one key growth market for the company going forward.

“If there is no victory in China, there is no future,” Homma stated during a press conference at the Appliance & Electronics World Expo 2019 held in Shanghai on 14-17 March, according to CNET Japan. 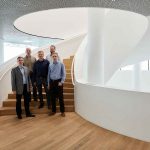 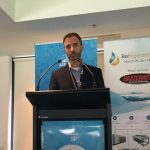