The Montreal Protocol treaty banning ozone-depleting gases has long been regarded as one of the most successful international agreements ever created. But now a research group has proven the Montreal Protocol’s value in terms of curbing the amount of harmful ultraviolet (UV) radiation reaching Earth’s surface. Without it, the amount would have been as much as 20% higher than it is today.

One of the main environmental concerns in the 1980s was an increased amount of UV-B radiation reaching Earth due to a diminishing ozone layer. This was potentially a very dangerous situation that led to the adoption of the Montreal Protocol in 1987.

However, despite claims regarding the protocol’s success, no scientific research had been done proving that it had actually been effective, according to the new study published in Nature Scientific Reports. That is, until now.

“Previous published research about the Montreal Protocol show it has been successful in controlling the amount of ozone-harming chemicals, and the amount of ozone. But this is the first time scientists have looked at long term changes in UV radiation, and that’s what matters in terms of human health,” said Dr Richard McKenzie from New Zealand’s National Institute of Water and Atmospheric Research, and lead author on the study, to New Zealand’s Business.Scoop website.

The study concludes that without the measures included in the Montreal Protocol, UV Index (UVI) values at the Earth’s sub-tropical and temperate zones would have increased by approximately 20% between the early 1990s and today (quadrupling by 2100), and by more than 100% in the spring and summer at the South Pole.

Dr McKenzie and his colleagues looked at UVI data from clean-air sites using instruments included in the Network for the Detection of Atmospheric Composition Change. They found that maximum daily values have remained essentially constant when considering all seasons over the past 20 years.

In the Southern Hemisphere, where the effects of ozone depletion were greater, the maximum daily value may even have decreased slightly, the group concludes, meaning that the continued depletion of the ozone layer has been halted.

This is the first time scientists have looked at long term changes in UV radiation, and that’s what matters in terms of human health.

The group compared the measurements with projections from theoretical chemistry-climate models representing two scenarios – the so-called “World Avoided” and “World Expected” models. The “World Avoided” model assumes that the concentration of ozone-depleting substances continues unabated, with no control by the Montreal Protocol. The “World Expected” model calculates the theoretical results of full compliance with the protocol.

The group found that the UVI at sites in the southern hemisphere has followed the “World Expected” scenario. The results from the mid-latitudes in the Northern Hemisphere are more complex and difficult to interpret because changes in aerosol and cloud cover can mask the effects of the ozone.

“This paper is hugely satisfying for me – it’s the culmination of decades of work which has shown what a huge success the Montreal Protocol has been,” Dr McKenzie noted. “It has worked and that shows we can fix these problems.”

However, the group stressed in its conclusion that future UVI values remain uncertain due to a number of factors, including the effects of increasing greenhouse gasses and non-compliance with the Montreal Protocol. 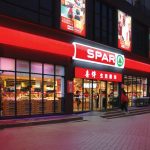 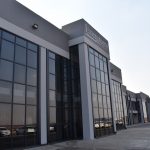