Three years later, its 49,000-ft2, Santa Clara, Calif., Whole Foods outlet remains the only store in North America known to use a propane/CO2 system, which made it the object of considerable interest at the 2019 IIAR Natural Refrigeration Conference & Expo, held in Phoenix in March.

At the conference, Tristam Coffin, director of sustainability & facilities for Whole Foods Market, shed light on the system’s provenance and performance in a case-study presentation. (This is detailed in an IIAR Technical Paper: “Case Study: The First Commercial Propane/Carbon Dioxide Cascade Refrigeration System in North America” which can be purchased here.)

As he concluded, he divulged the answer to the question many in the audience were undoubtedly entertaining: Would Whole Foods choose to use this technology in another new store?

His answer: “I would absolutely explore this again. The system architecture and operation is more than worthy of further deployment.”

But he added, with a smile, “ I would encourage others to do it so I don’t have to!”

For there were a number of hard lessons learned in deploying the first R290/CO2 cascade system in North America (and a second deployment would offer lessons of its own, he said).

Perhaps the hardest lesson learned stemmed from Whole Foods’ experience with the authority having jurisdiction (AHJ) in Santa Clara, responsible for providing permits for the store.

“We received a building permit in 2015 after the appropriate parties including the fire department, reviewed the plans,” recalled Coffin. “But, as we walked the building inspector [fire marshal] through the propane/CO2 system weeks before the store opening, he said that was the first he had heard about it.”

The discovery prompted some “pretty tough questions,” which considerably delayed the final permit sign-off and resulted in a number of design changes for control, leak detection and response.

This clearly showed the need for earlier and closer engagement with the AHJ. “Let the AHJ know in no uncertain terms exactly what you are doing versus handing them the plans and expecting that they understand the concept,” Coffin said.

Another step needed to deploy the R290/CO2 cascade system called for the system supplier, Quebec-based Carnot Refrigeration, to apply for and receive test-market approval from the U.S. Environmental Protection Agency (EPA) under its SNAP (Significant New Alternatives Policy) program. Carnot did that, and was also able to get the system listed by the UL equivalent – CSA in Canada.

Given the presence of flammable propane, “a lot of attention was paid to safety,” said Tom Wolgamot, principal, DC Engineering, who presented with Coffin at the IIAR conference. The safety features include features to keep the amount of propane well below the 21,000 ppm LFL (lower flammability limit) in the event of a leak; for example, a notification is sent when a leak reaches 1,000 ppm; an email is sent at 2,500 ppm and the power is cut off at 5,000 ppm.

To date, no propane has leaked, and only 120 lbs of CO2 leaked once into one of the propane chillers.

Experimental systems like an R290/CO2 cascade system are known to be more expensive than traditional equipment, and in this case, it was 136% more costly than the baseline system.

Similarly, during 2018 the R290/CO2 system was found to consume a little more energy than the baseline system, a highly efficient unit that has an inherent advantage in not using a cascade heat exchanger.

Coffin was pleased with the overall energy performance of the R290/CO2 system. “We were told the energy penalty would be 50%-60% higher than baseline,” he said. “Getting so close to the HFC DX baseline in my mind is a success. If we did 100 more, we’d start to be neutral or better.”

In terms of TEWI (total equivalent warming impact), which combines direct refrigerant emissions and indirect electricity-driven emissions, all of the natural refrigerant systems far outperform the baseline system, which uses a high-GWP refrigerant (R407; GWP 2,107) and generates more than 400 tons of CO2e. The R290/CO2 system’s TEWI is about 160 tons of CO2e.

“With regulatory implications and corporate sustainability goals, it’s important to look at TEWI vs. just indirect emissions from energy use,” said Coffin. In California, regulations are heading toward a 150 GWP cap in new commercial systems in 2022, offering further incentive to use R290 (GWP 3) and CO2 (GWP 1). 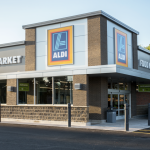 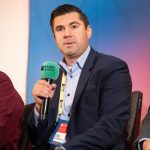