A grant-supported district-heating system in Seward, Alaska, that employs six water-source Mayekawa CO2 heat pumps is expected to be completed by the end of 2019, according to the energy consultant working on the project.

The heat pumps will be located in the library basement, with oil and electric boilers as a backup, noted Andy Baker, owner of Anchorage, Alaska-based YourCleanEnergy, an energy consultant responsible for this project and a similar one at the Alaska SeaLife Center in Seward.

Hot water will be circulated to the other three buildings through an Alfa Laval heat exchanger to prevent contamination of the heat pumps. Baker projects using the heat pumps for 80%-90% of the heating load in the buildings, and achieving a COP of 2.4, with the temperature of return water reaching 100°F “more consistently with big radiant heat loads in the library.”

Source heat for the project will come from ocean tides in nearby Resurrection Bay, tapped through a 200-ft-deep closed glycol loop and delivered to the library 500 ft away. A nearby hydroelectric energy plant under consideration in Seward could be a future source of waste heat for the district-heating project.

It is estimated that the district heat pump system will save the Seward $25,000 in annual heating costs compared to a fossil-fuel system – another step toward a decarbonized society.

The Mayekawa units put out 194°F water no matter what you throw at it.”
– Andy Baker, YourCleanEnergy

The grant-supported project leveraged ocean water from nearby Resurrection Bay to heat glycol that supports the heat pumps. It is one of the first examples in the U.S. of CO2 heat pumps replacing conventional oil burners in a commercial facility.

The project was driven by the SeaLife Center’s need to replace its oil burners due to the skyrocketing cost of oil in Alaska, which has sub-arctic temperatures in the winter. By installing the heat-pump system – which handles a variety of heating loads, from outside pavements and domestic hot water to baseboards in offices and labs to coils in public areas – the facility was able to save $15,000 per month at existing oil and electricity rates, a savings that still holds. Absent grants, the $1.5 million project (including $200,000 for the four CO2 heat pumps) would have an ROI of less than nine years, according to the Sealife Center.

The CO2 units produce hot water at 194°F, with an initial COP of 2.25. Hot water is distributed in the facility through an elaborate network of water pipes architected by Baker in a design that he dubbed “loopsametrics.”

The power of the CO2 heat pumps, Baker said, comes from their ability to raise the temperature of return water to 194°F with about the same energy input even as the return temperature drops (down to a minimum of 90F at the SeaLife Center). “The Mayekawa units put out 194°F water no matter what you throw at it.”

Initially the return temperature of the system, after supporting multiple loads, was 130°F, but additional loads would lower it further and raise the COP – with a minimal energy penalty, noted Baker. In 2017, the return temperature was lowered to between 100°F and 110°F with the addition of a basement condensation load, raising the COP to 2.3; that makes the CO2 system’s energy consumption less than half the cost of an electric boiler and half the cost of an oil boiler, he said.

The system also provides cooling via ocean-warmed glycol (starting at 40°F) to fan coils in a mechanical room and an electrical room, boosting the temperature of the glycol and reducing the work required by the heat pumps. Baker is now overseeing the installation of fan coils in two more parts of the facility – a server room and a freezer room. The additional waste heat absorbed by the glycol in those rooms will allow the SeaLife Center to turn off the seawater flow in the summer for the CO2 heat pumps, he noted.

This use of heat reclaim is important, he said, because it demonstrates how facilities that can’t tap into ocean water heat can still employ CO2 heat pumps. 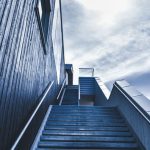 Texas Grocer Sees Opportunity with Higher HC Charge Limit in U.S., But Standards Bodies Have to Weigh In 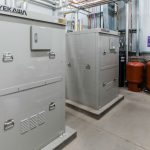