A standards committee within the ASHRAE trade group is completing a vote this week on whether to propose higher charge levels in commercial display cases for A3/A2 (flammable) and A2L (less flammable) refrigerants, or for only A2L refrigerants, according to industry sources.

The vote by 20 members of the ASHRAE-15 committee is set to end at 5 pm EST on Thursday, January 14. ASHRAE-15 is the organization’s safety standard for refrigeration systems. Members of the committee are listed here.

The vote will take place as a “straw poll,” with voting members able to vote on all three motions, enabling one vote to be decisive, said Christina Starr, Senior Policy Analyst, Climate Campaign, Environmental Investigation Agency (EIA). She noted that standards bodies typically vote on individual proposals that need to pass a threshold (such as 67% positive votes) to prevail.

If the A2Ls-only proposal is chosen and approved, it would still need to go out for comments, and could be revised. But it would give an advantage to manufacturers of A2Ls. One such manufacturer, Chemours, is a voting member of the ASHRAE-15 committee, and is known to have made a presentation on A2Ls to a subgroup of ASHRAE-15.

ASHRAE-15’s higher charge limits for A3 and A2L refrigerants follow proposed revisions to UL 60335-2-89, a separate standard for commercial refrigerating appliances, released last year by Underwriters Laboratories (UL) for the U.S. market. The proposed update was managed by CANENA (a standards harmonization body for the Americas) Working Group 12, in collaboration with UL and CSA (Canadian Standards Association).

The UL proposal is based on, though different from, the latest version of the International Electrotechnical Commission (IEC) 60335-2-89 standard, approved in 2019.

The UL 60335-2-89 V2, Edition 2, proposal is currently out for public comment. It can be accessed at this website, where comments can also be submitted until February 2.

“If the ASHRAE-15 committee selects the A2L-only proposal, and not the combined A2L/A2/A3 proposal, there would definitely be a conflict between [ASHRAE and UL] standards,” said Charles Hon, Engineering Manager, True Manufacturing, O’Fallon, Missouri (U.S.), and chairman of CANENA Working Group 12. “We would have a whole new set of headaches.” But that could be avoided if the committee selects the A2L/A2/A3 proposal.

Hon added that he not aware of a previous divergence between UL and ASHRAE-15 standards.

Under the proposed UL standard, field-erected systems consisting of various partial units employing an A2L refrigerant would fall under three charge-limit categories: m1 (13 times LFL, except for ice makers and products with doors or drawers, for which the limit is eight times LFL; m2 (52 times LFL); and m3 (260 times LFL).

But on December 31, the ASHRAE-15 committee decided to consider an A2Ls-only option. “It’s surprising that ASHRAE-15 has moved toward changing the outcome of years of work done by other industry groups,” said EIA’s Starr. “This group of experts has a responsibility to reflect the consensus reached by the industry.”

A representative of the ASHRAE-15 committee did not respond to a request for comment.

Hon and Starr both pointed out that there is no technical reason to treat A2Ls and A3 refrigerants differently.

The UL 60335-2-89 V2, Edition 2 proposal requires equipment containing higher charges of any flammable refrigerant to pass a safety test, whereby leaked refrigerants can exceed 50% of their lower flammability limit (LFL) for no longer than five minutes. For equipment that passes the test, there is no difference in the ignition risk to individuals near the equipment for A3 and A2L refrigerants, said Starr. (When A2Ls do ignite, they produce the highly toxic acid hydrogen fluoride (HF), she noted.)

“Both A3 and A2L refrigerants tested by UL are in the same flammability category based on their LFLs and the much lower charge of the A3 refrigerants,” said Hon.

Moreover, the UL test’s requirements are more stringent that what currently installed refrigeration units containing up to 150g of hydrocarbons have to meet, Starr added. Those installed units include billions of isobutane (R600a) home fridges and millions of commercial R290 display cases.

A split between UL and ASHRAE-15 standards could slow or prevent adoption of equipment using higher-than-150g charges of hydrocarbons. For one thing, before higher charges can be used, they have to be approved under the U.S. Environmental Protection Agency’s Significant New Alternatives Policy (SNAP), and then adopted by model building codes and state and local jurisdictions.

If ASHRAE-15 selects the A2L-only proposal, that would not prevent the EPA from raising the charge limits for A3 refrigerants based on the new UL standard, noted Hon.

Model codes have traditionally followed ASHRAE-15, but they are not required to; they could choose something else, like UL 60335-2-89. The same applies to local jurisdictions.

But in jurisdictions that follow ASHRAE-15, “it would make it impossible to sell equipment with higher A3 charges,” said Hon.

“If the ASHRAE-15 committee selects the A2L-only proposal, and not the combined A2L/A2/A3 proposal, there would definitely be a conflict between [ASHRAE and UL] standards.” 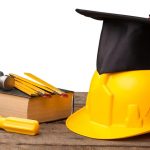 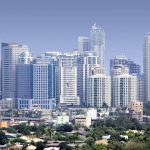